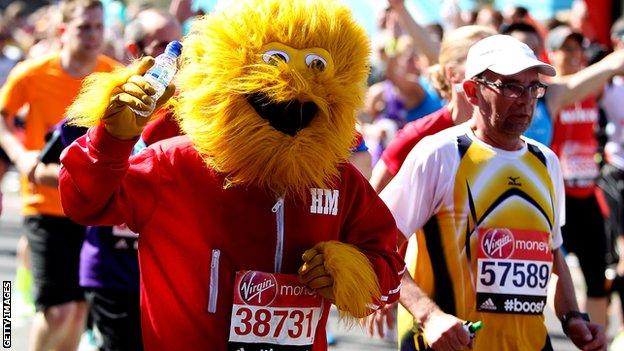 750,00 bottles of water are distributed throughout the race

David Weir is just one second behind him in second place from the same year.

40,000 Pink Lady apples are used for the goody bags for finishers

2,690 teachers are running - the most popular occupation taking part

Laura Harvey and Paul Elliott are getting hitched on the route!

The Londoners wanted to do something different for their big day, and will be holding a service at the 13-mile stage.