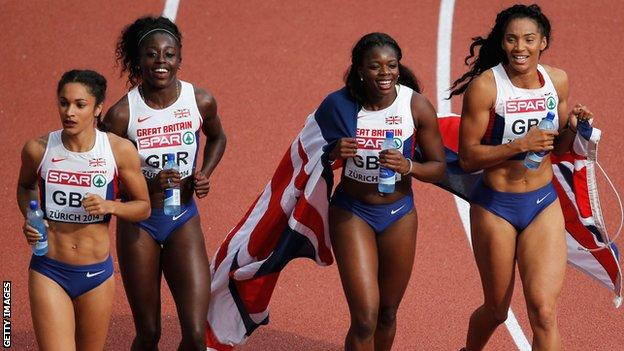 Great Britain will take a team of 22 to the IAAF World Relays in the Bahamas on 2 and 3 May.

The men's and women's teams will both compete in the 4x100m and 4x400m races, with the top eight teams automatically securing a spot in the 2016 Olympics.

Christine Ohuruogu and Dina Asher-Smith are absentees from the women's squad.

Margaret Adeoye and Anyika Onuora are named in both the women's 4x100m and 4x400m teams.

"These World Relay Championships will give us a chance to look at the depth of the squads as a number of athletes have not been available for selection," said British Athletics performance director Neil Black.

"I'm looking forward to seeing how some of the athletes take this opportunity on the world stage."