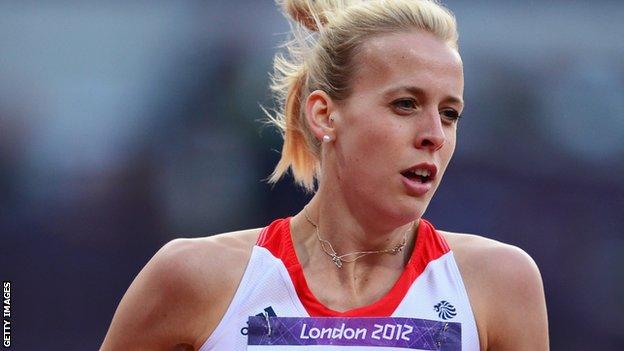 Lynsey Sharp became only the second Scotswoman to run under two minutes for 800m after finishing fifth at the Diamond League meeting in Lausanne.

The 23-year-old European champion from Edinburgh posted a new personal best time of 1:59:67.

The race was won by Kenya's Eunice Sum, who won the gold medal at last year's World Championships in Moscow.

Sharp, returning following injury problems, made the Commonwealth Games qualifying time in May.

Susan Scott, who finished fourth at the Commonwealth Games in 2002 and 2006, is the fastest Scottish woman over the distance at 1:59.02.