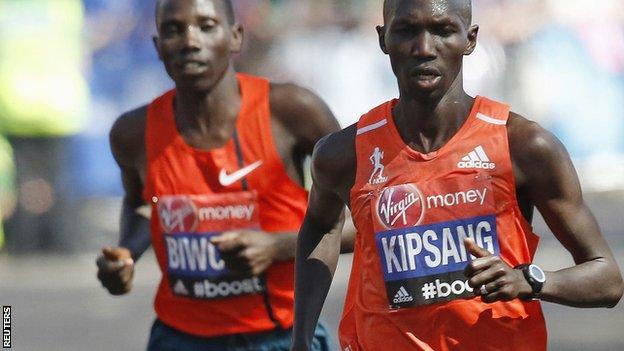 Marathon world record holder Wilson Kipsang has been beaten by an unheralded pacemaker in the Olomouc half-marathon.

Training partner Geoffrey Ronoh won by eight seconds in a course record time of one hour 17 seconds in the Czech Republic on Saturday.

Ronoh came sixth in his only previous IAAF-listed race, the 2013 Ahmedabad Marathon in India.

"I knew through our training that he was very strong," said Kipsang.

Ronoh's time in India was more than 12 minutes short of fellow Kenyan Kipsang's record of 2:03:23, set last year in Berlin.