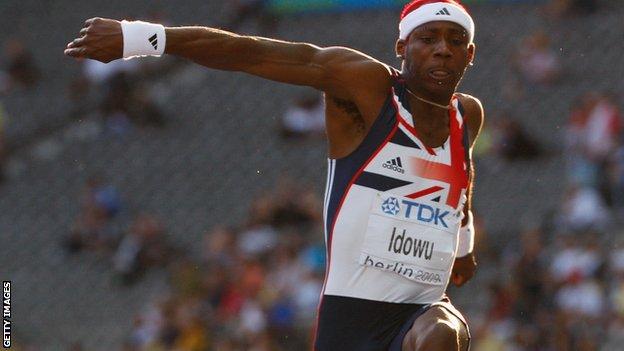 Phillips Idowu and Greg Rutherford have been included in a 48-strong Great Britain and Northern Ireland team for the European Team Championships.

Performance director Neil Black has described the squad as "developmental".

He added in a British Athletics statement: "We head to Germany with the aim of being competitive and to challenge for as many points as possible.

"In comparison to last year's team, this is very much a developmental squad due to the confines of a crowded calendar this summer and the Sainsbury's British Championships just a week later."

Idowu's inclusion marks his return to the GB set-up for the first time in nearly two years.

Last year, Idowu announced he was to take a break from the sport, having fallen out with former GB head coach Charles van Commenee prior to the London Olympics in 2012.

His career appeared in jeopardy when he saw his lottery funding cut in October, but he has since made a successful return to action, including winning a meet in Nathan, Australia in May with a jump of 16.99m.

The likes of Mo Farah and Christine Ohuruogu are absent from the line-up but Chris Baker, Lucy Bryan and Jazmin Sawyers are named in a senior team for the first time.

Great Britain and Northern Ireland finished third overall with a total points score of 339 at the 2013 European Team Championships in Gateshead.