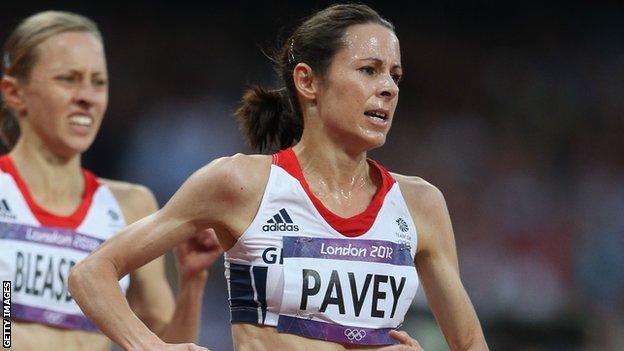 Great Britain distance runner Jo Pavey won her first race as she qualified for the 10,000m at this summer's European Championships.

The 39-year-old from Devon won the UK 10,000m Championships in Highgate in 32:11, well inside the 33-minute qualification time for Zurich.

Pavey has not raced competitively since at the London 2012 Olympics.