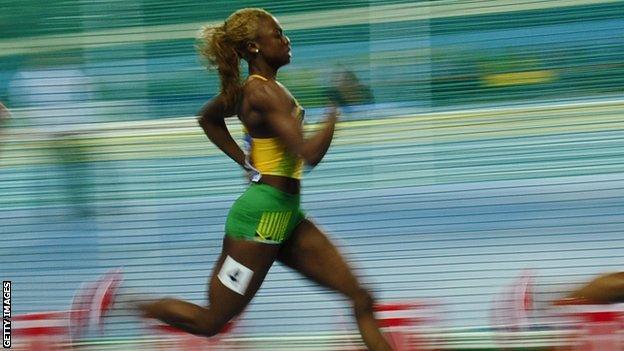 Jamaican 400-metre runner Dominique Blake's six-year ban for a second doping offence has been cut to four-and-a-half years on appeal.

The Court of Arbitration for Sport (CAS) said it had reached its decision "in view of some mitigating factors".

However, it added that "the athlete has failed to establish that she bears no significant fault or negligence."

Blake, 26, tested positive for methylhexanamine at the 2012 Olympic trials.

She had served a nine-month ban after testing positive for ephedrine in 2006.

Having finished sixth at the 2012 trials, Blake was picked as a relay runner for the London Olympics but did not compete.

Lord Coe, chair of the British Olympic Association, said last year the World Anti-Doping Agency was risking the reputation of some of the world's best athletes by not enforcing rigorous anti-doping regimes in Kenya and Jamaica.