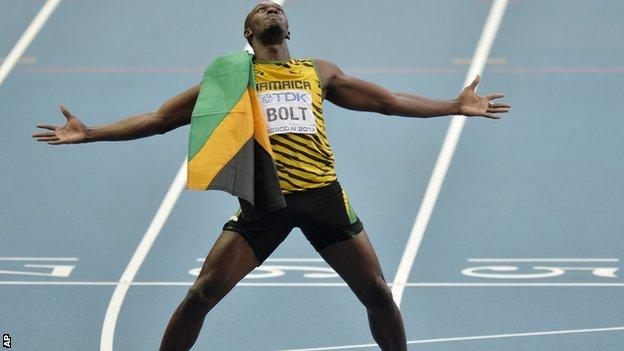 World 100m and 200m record holder Usain Bolt will race at the Paris Diamond League on 5 July but remains undecided on competing at the Commonwealth Games.

The Jamaican will line up in the 100m at the Stade de France, three weeks before the Commonwealth Games begin.

Bolt's manager told BBC Sport the Olympic champion was still undecided about competing in Glasgow and would make a decision nearer the time.

The Commonwealth Games start on 23 July and end on 3 August.

"It's on my to-do list," he told BBC Radio 5 live in September. "I really want to do it, but I never go against my coach.

"I probably would run the 200m if I go because it's my favourite event."