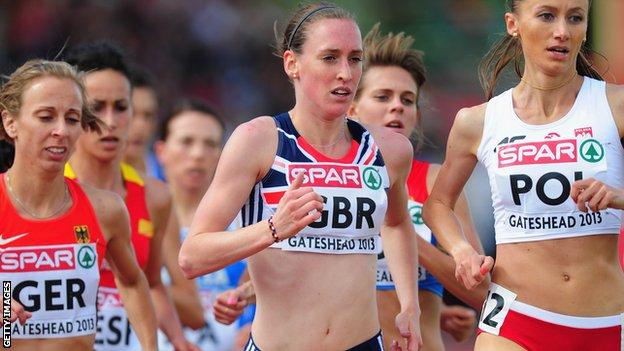 She told BBC Sport: "It was a difficult summer, especially after such a great 2012 so cross-country's a nice change."

In May, Weightman - a staggering 21-second improvement.

However, that proved to be the highlight of her season as effectively derailed her summer.

She will pick up her first Great Britain vest away from the track when she lines up in the Under-23 race in Serbia.

It is a championships Britain often dominates - last year they

"Psychologically, it was difficult season so the European Cross was something new to aim for," she admitted.

"My 3k time shows my endurance has improved a lot. I had wanted to race cross-country for a couple of years but I had a long-running ankle problem.

"It's sorted now and I'm excited to be doing my first international cross country as part of a really strong team with a great chance of medals."