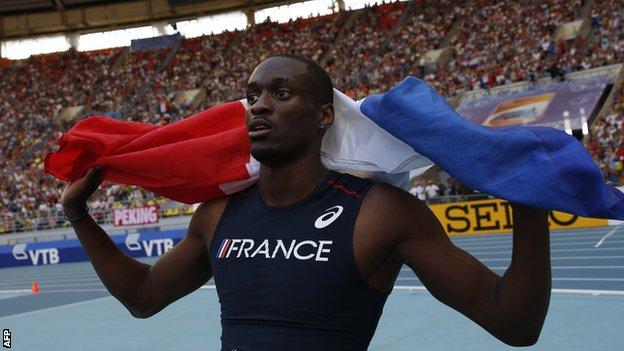 French triple jump world champion Teddy Tamgho will miss the rest of the winter season after fracturing his shinbone.

The 24-year-old, who leapt 18.04m to win World Championships gold in August, had surgery on his left tibia after sustaining the injury in training.

Tamgho, only the third man to jump over 18m, missed the indoor season this year to prepare for Moscow after nearly two years out with ankle problems.

After missing the 2011 World Championships with a broken ankle, he was absent for London 2012 after surgery on a bone growth on his ankle.