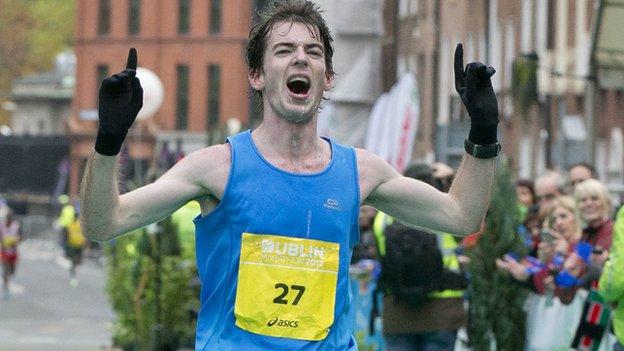 Northern Ireland athletes Paul Pollock and Stephen Scullion have both been named in the Ireland team for the European Cross Country Championship in Belgrade on 8 December.

Holywood runner Pollock booked his place in Serbia with an impressive victory in the trials race when winning the recent Irish Inter-Counties event.

Belfast man Scullion finished fourth in that race and is also selected.

In addition to winning the individual event 12 months ago, Britton also helped the Irish senior women clinch the team gold but Sara Louise Treacy is the only other member of that squad named for this year's event with Linda Byrne, Ava Hutchinson and Lizzie Lee all absentees.

The talented Mary Cullen has been included in the team but the injury-plagued Sligo athlete has not yet run in the current cross-country season so her form is unclear.

After his dominant win at the recent Inter-Counties event, Pollock spoke of his belief that he could head to Belgrade "and win".

"There's a bunch of guys who could win and if everything goes right on the day, I definitely have a chance," added Pollock.

Pollock finished as second European - in 21st place overall - at the World Championship marathon in Moscow in August.

"I know I am in great shape going into Serbia. If you sit back at the start going into European cross you aren't going to finish anywhere."

Kildare man Robinson competed at this year's World Championships and could be a medal prospect in Belgrade.

Letterkenny athlete Ruairi Finnegan and Lifford-based Ann-Marie Larkin have also been named in the Irish squad.