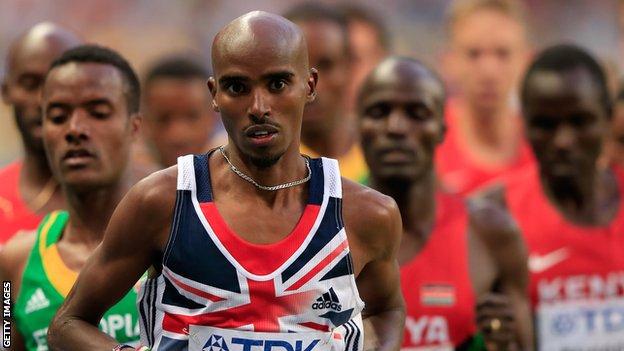 Christine Ohuruogu and Mo Farah have been named Britain's athletes of the year.

Farah, 30, was given the British Athletics Writers' Associations award for the fourth year in a row after winning the 5,000m and 10,000m races at August's World Championships.

Ohuruogu, 29, won the women's prize for a third time after claiming the 400m title at the same event in Moscow.

Cockcroft won the T34 100m by over a second and the 200m by almost two seconds in July's IPC World Athletics Championships, with Whitehead taking gold in the T42 200m final in Lyon.