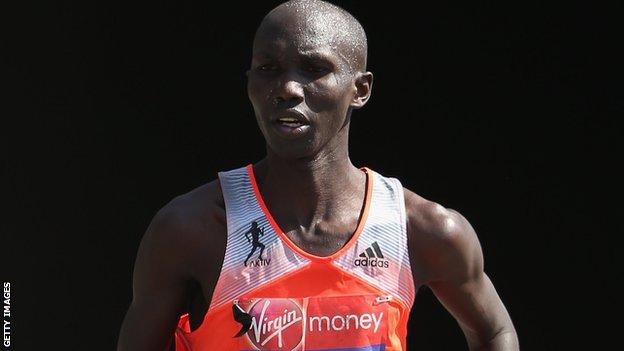 Kenyan Wilson Kipsang broke the marathon world record by 15 seconds as he claimed the Berlin title on Sunday.

Who is Wilson Kipsang?

Makau was not competing in the event after withdrawing two weeks ago with a knee injury.

Having trained specifically for breaking the world record in Berlin, Wilson Kipsang took control of the race in the final 10km, breaking away from the leading pack as the tempo dropped.

"I'm very happy that I have won and broken the world record," Kipsang said.

"I was really inspired by [fellow Kenyan] Paul Tergat when he broke the world record here 10 years ago and I'm very happy that I was in a position to break the record on the same course."

His victory takes his total marathon wins to seven since competing in his first in Paris three years ago.

The Berlin win was his first marathon victory this year. Despite being among the favourites, he only managed to finish fifth in the London event in April.