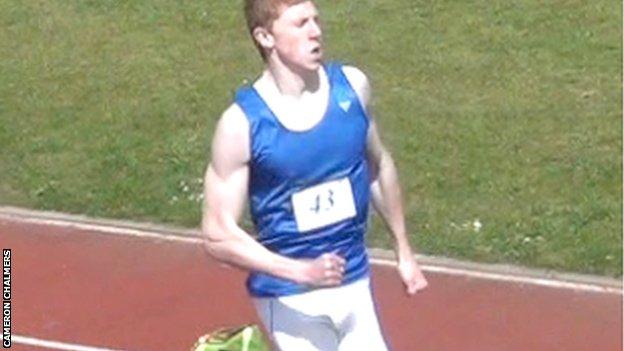 Guernsey youngster Cameron Chalmers said he was thrilled after breaking the island's longstanding Under-17 400m record on Sunday.

"As I crossed the line I knew the time would be good after seeing the clock stop for the winner at 49.50," he told BBC South West Sport.

"I was really pleased after having my eyes on the record for the last month."

Kim Sobotie won the final in a time of 49.50, while Chalmers' Guernsey AAC team-mate Sam Wallbridge was fifth.

"I was confident I could get close to the record but just needed a chance to try to do it - the hard work in training had paid off," added Chalmers.

Chalmers, who took 0.21 seconds off the previous Guernsey record, has another race in two weeks' time in Bedford and hopes to lower the time even further.

"That will probably be my last competition for the season," he said. "It would be great to lower the record and try to get sub-50 but I wouldn't be disappointed if I didn't."