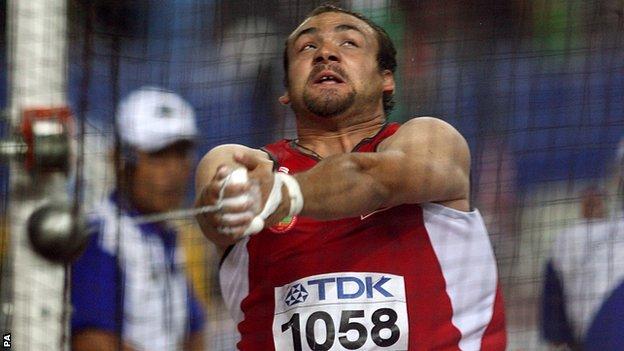 The Turkish Athletics Federation has given two-year suspensions to 31 athletes for drug offences, including Olympic medallist Esref Apak.

Hammer thrower Apak, who won silver in Athens in 2004, was one of three athletes listed who competed at the 2012 London Olympics.

International Olympic Committee members will choose a winner on 7 September.

Worse could follow for the sport in Turkey when TAF completes its investigations into alleged doping by Asli Cakir Alptekin, the women's 1,500-metre gold medallist at the 2012 Olympics, and two other female team members in London last year.

The bans were expected after the International Association of Athletics Federations carried out tests before and during the Mediterranean Games in the Turkish city of Mersin in June.

Apak was one of eight athletes who tested positive following the European Team Championships in Gateshead the same month.

Last week, TAF chairman Mehmet Terzi resigned from the post he had held for nine years in the face of doping allegations directed at Turkish sportsmen and women.

"The athletes were found to be in violation of Turkey's strict anti-doping laws following testing undertaken by the Turkish anti-doping authority (TADA)," Ugur Erderner, president of Turkey's National Olympic Committee and a member of the World Anti-Doping Agency (Wada) executive board, said in a statement.

"This work is part of a concerted, and much more aggressive, anti-doping policy in Turkey that has been in place for over six months and will be further reinforced with the re-accreditation of the Wada-licensed anti-doping laboratory in Ankara later this year."

The TAF listed the names of the suspended athletes on its website, without giving details of their offences.