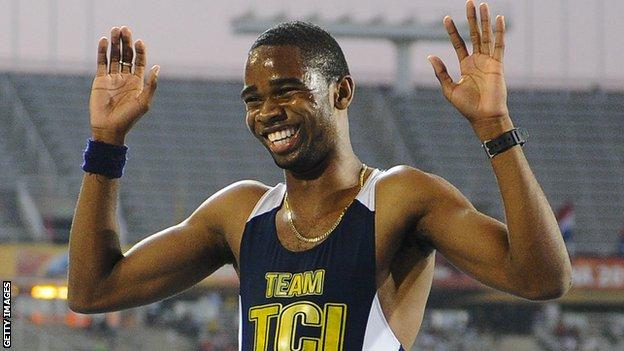 The 19-year-old is now eligible to compete for Britain at the World Championships in Moscow in August.

Williams holds dual citizenship because the Caribbean archipelago is a British overseas territory.

His 200m personal best of 20.27 seconds, set this year, is faster than any Briton has run in five years.

Williams said: "I am very pleased that my transfer of allegiance has been confirmed and I am excited to be aiming towards a British team this summer."

He was eligible to compete for Britain at London 2012 as Turks and Caicos does not have a National Olympic committee and so cannot send a team to the Games.

He competed at the British Olympic trials last summer, but injury meant he failed to win a place on the team.

According to reports, Williams is so highly regarded that he has been asked to join Usain Bolt's Racers Track Club in Jamaica in October.