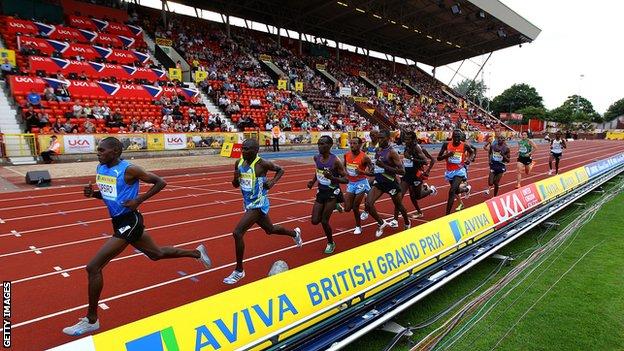 David Bishop says that the expectations on Team GB at this weekend's European Team Championships is a sign of their recent success.

"If people are expecting you to do well it's because you're doing your job and performing well," the 3000m runner from Chippenham told BBC Wiltshire.

"It would be a pretty dull affair if we were going to a meeting and the country was expecting to do pretty badly."

Farah and Rutherford will lead home hopes in the 12-team event, and will line up in a team which also includes former world and Olympic champion Christine Ohuruogu and Olympic bronze medallist Robbie Grabarz.

For British indoor 3000m champion Bishop, it is the first time he will represent Great Britain at senior level, and he says it will be an great feeling to pull on the country's jersey.

"I ran for Great Britain Students at the World University Games two years ago, but I had to be patient and wait for this to turn up, but it's a big honour and I'm looking forward to it.

"When they are picking one athlete it's that bit more special that the selectors put their faith in you."