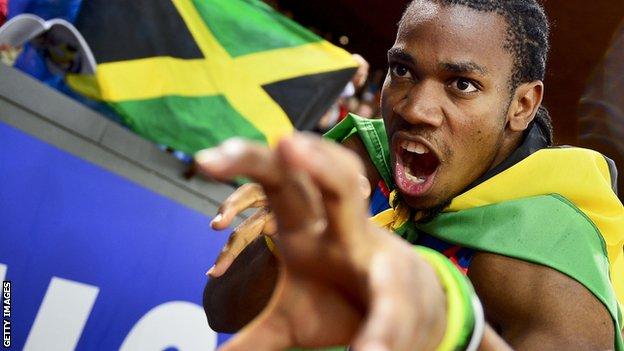 Yohan Blake will not run the 200m at the World Championships after the Olympic silver medallist pulled out of this weekend's Jamaican national championships with hamstring problems.

Blake, 23, suffered the injury in April and has not sufficiently recovered.

As defending champion, he does not need to qualify for the 100m in Moscow.

Compatriot Usain Bolt qualifies for the 200m as champion but must win his place in the 100m after he false-started in Daegu in 2011, handing gold to Blake.

"Yohan's coach is not satisfied with the progress of his injury and hence his level of fitness will not allow him to compete at [the nationals] this time," said Blake's manager Cubie Seegobin.

"We will continue to assess the situation and re-evaluate as we approach the World Championships."

Blake won silver in both the 100m and 200m at London 2012 behind training partner and world record holder Bolt.