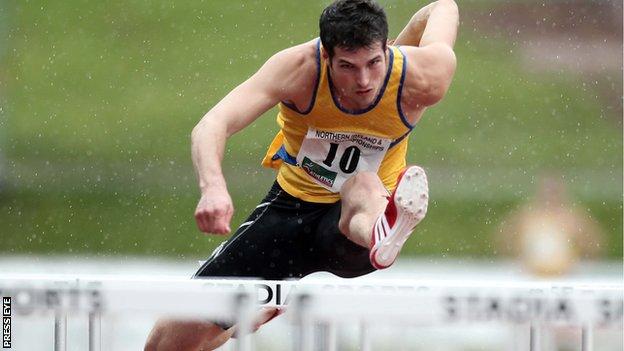 Ben Reynolds and Amy Foster were among the winners at the Northern Ireland & Ulster Championships at a rain-soaked Mary Peters Track on Saturday.

Four-time Paralympic gold medallist Jason Smyth opted not to run in the 100m final in Belfast.

The Eglinton man will compete for Ireland in the European Team Championship First League meeting in Dublin next weekend.

Reynolds, Harvey and Foster will also in be action at Santry in the biggest athletics event to be staged in Ireland for years.

Smyth's absence from the NI 100m final left the way clear for former 200 and 400m champion Craig Lynch of Shercock AC to claim the title in a personal best of 10.66.

In the 3000 metres steeplechase, there was a first senior title for 18-year-old Lagan Valley prospect Harry Speers.

Holywood marathon runner Pollock, preparing for the World Athletics Championship in Moscow in August, won the 5000m in 14:48.01.