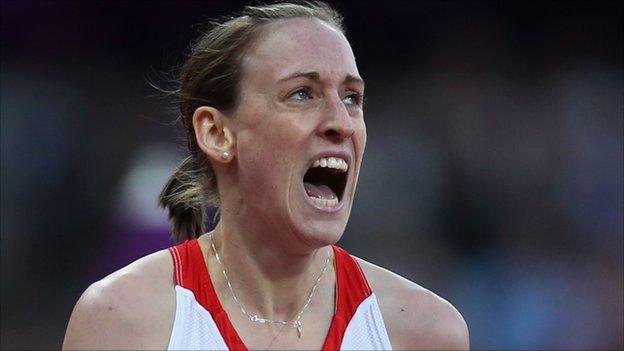 The 21-year-old prepares with Great Britain on 22/23 June at the European Team Championships in Gateshead.

Weightman told BBC Newcastle: "I want a good performance at the championships and to take my place at the Worlds.

"Then at the World Championships I want to build on my performances in 2012 and hopefully make the final."

Moscow will host the IAAF World Championships in August, two years after the 2011 competition in Daegu.

Last season was a prolific one for the Morpeth Harriers runner, winning gold in the British trials and finishing 11th in the final of the London Olympic Games.

However the Leeds Metropolitan University student is excited by the season ahead and made her Diamond League debut with a 1,500m run in Eugene, Oregon earlier this month.

"It's been a solid winter of training and I feel like I'm a lot stronger than I was last year so hopefully that put me in good stead for the upcoming season.

"I want to put on some really good performances and build on my achievements in 2012."