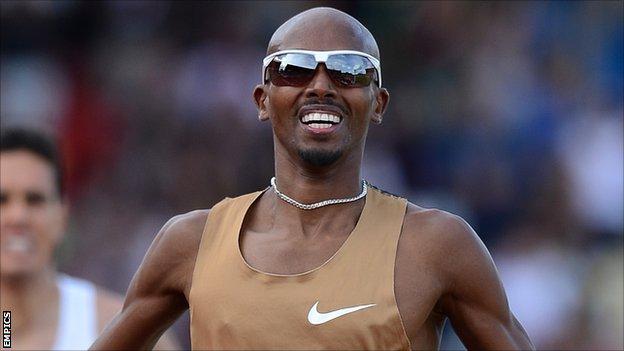 Double Olympic gold medallist Farah, 30, was named in the Great Britain squad for the event on 22 June.

"It's a serious part of his plan and programme," Black told BBC Newcastle.

"He understands the bigger picture, that this is more than just him and he has to contribute something back."

Black added: "It's him as a person, he loves what he does, embraces it."

Other major names called up to the squad include long jumper Greg Rutherford, 26, team captain Perri Shakes-Drayton, 24, in the 400m, and 2012 Olympic silver medallist Christine Ohuruogu, 29, in the 4x400m relay.

The 21-year-old was an Olympic finalist in the 1,500m event at last year's London games, but will step up in distance at the International Stadium.

"What better kind of partnership and arrangement could you have than that? Someone who knows how to guide people from a young age through to the top of athletics.

"She's got all of the physical and emotional attributes to be an athlete who can go on to win medals.

"This is another stepping-stone that I'm sure she's looking forward to."