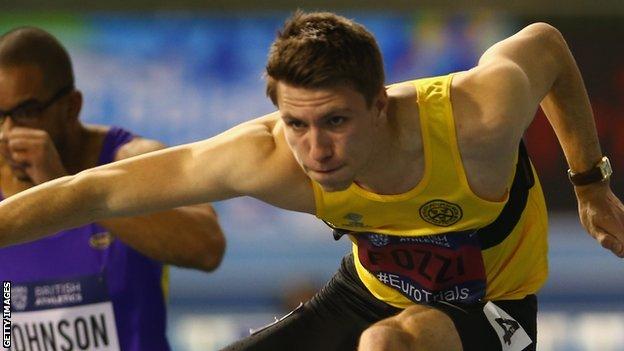 British hurdler Andy Pozzi has been ruled out for the rest of the season following foot surgery.

The 21-year-old also had an injury-hit 2012 and pulled up in his heat of the 110m hurdles at the London Olympics.

"It is the same surgery I required for my other foot back in 2010, and I can take some consolation in knowing that I recovered from that fully," he said.

"I have the best possible network around me so I know I can get back to great shape."

Pozzi finished fourth in the 60m at the 2012 World Indoor Championships before suffering the hamstring problem which prevented him progressing in London.

"I was hugely disappointed at exiting the Games last year in the way I did, and was really looking forward to showing what I could do this season outdoors," he added.

"But 2014 is a busy year with a number of great championships, so I'm absolutely committed to putting my efforts into recovering fully and come out in the new year in great shape."