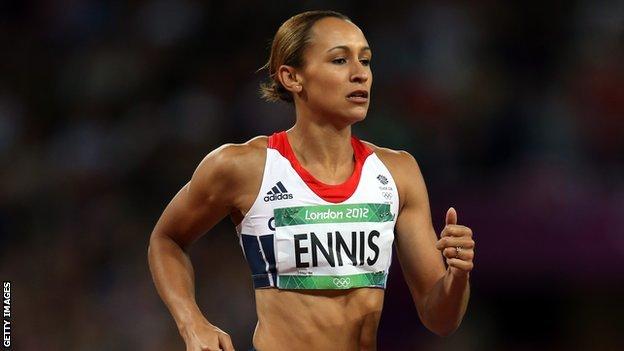 Olympic heptathlon champion Jessica Ennis-Hill has pulled out of Thursday's Diamond League meeting as she continues her recovery from an Achilles injury.

The 27-year-old Briton was due to make her seasonal return in the 100m hurdles at the event in Oslo.

Ennis-Hill, who married long-term partner Andy Hill in May, withdrew from a meeting in Edinburgh on Saturday because of a stiff Achilles.

The problem has eased with treatment but she has been told to rest.

A disappointed Ennis-Hill said: "I am so frustrated as I want to get out there and start my season, but am being advised to look longer term and focus on a plan that enables me to be in the best shape for the World Championships in Moscow in August.

"Things are getting better and the stiffness is improving - but not quite as quickly as I would have liked.

"My next planned event is the Combined Events Challenge in Estonia at the end of the month, but I know that my coach, Toni Minichiello, will be looking at the race calendar for the next few months and making a few new plans."

After winning gold at London 2012, Ennis-Hill opted to miss the indoor season.

She is due to join fellow British gold medallists Greg Rutherford and Mo Farah at the London 2012 Anniversary Games, held at the Olympic Stadium on 26 and 27 July.