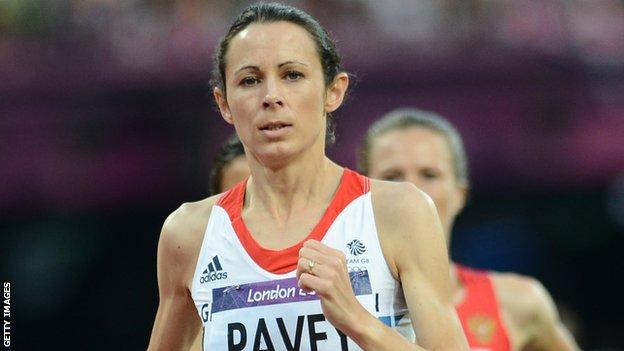 Jo Pavey will miss this summer's World Athletics Championships as she is expecting her second baby.

Exeter's Olympic and finalist is due to give birth in September, just a month after the championships in Moscow.

"I fully intend to carry on and my aim is to make the team again in 2016 for the Olympic Games in Rio," said Pavey, who pulled out of the 2009 London Marathon when she was expecting her first child.

"It will be very special if I can make those Games.

"I'll be getting older, but I have been very encouraged to continue after running a personal best in the 10,000m in London.

"Not many long distance runners make four Olympics so going for a fifth has that extra added dimension. I still want to be competitive and would not be aiming to go just to take part."