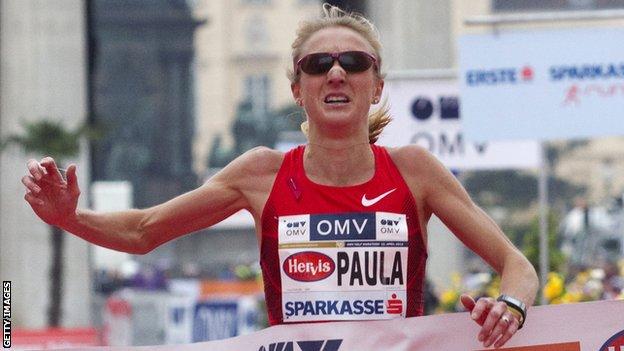 "I would love to see all major events follow its lead," said Radcliffe.

"The cheats need to understand that they are not welcome in our sport."

Radcliffe, 39, has won seven marathons during her career and set the world record with a time of 2:15:25 in London in 2003, but UK Athletics withdrew her funding in October.

However, she told BBC Sport in December that she wants to continue her career and is delighted that doping cheats will now be made to repay prize money, appearances fees and performance bonuses.

"This is a step forward in increasing the deterrent and showing athletes and managers that cheating won't be tolerated," she said.

Radcliffe has highlighted the issue of drugs in sport throughout her career and wears a red ribbon when competing to campaign for better testing in athletics.