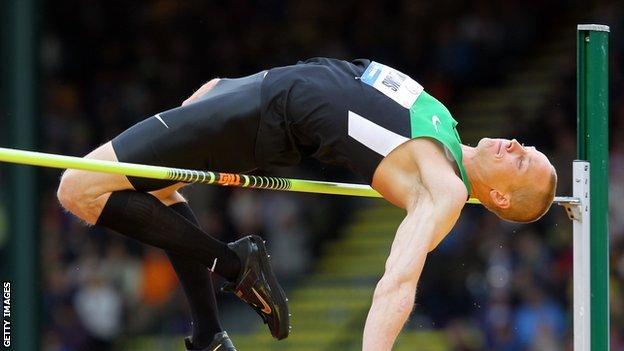 Only the top three are meant to qualify for the Games but third-placed Nick Ross did not have the "A" qualifying standard, meaning he missed out.

Williams, 28, missed three times at 2.31 metres after clearing 2.28 on his third attempt on a wet day in Eugene.

The American said: "The whole goal was to make London and now I am there I want to get on that podium."

He added: "These conditions were tough. It was really difficult for me to get in a groove and jump to my capabilities."

Jamie Nieto won the competition, Erik Kynard finished second and Ross was third, all at 2.28. Ross said: "It's bittersweet I didn't make the team. I'll definitely be on that podium again."