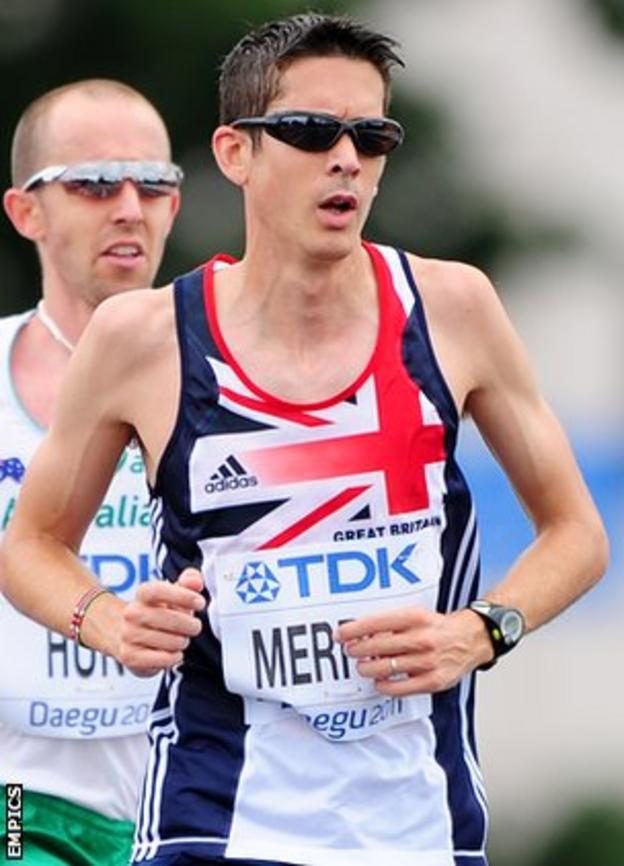 Guernsey runner Lee Merrien says he is in the best shape of his life as he prepares to try and qualify for the marathon at the Olympic Games.

The 32-year-old must finish in under two hours 12 minutes in Sunday's London Marathon to be considered for a place in the British team.

"I'm in as good a shape as I've ever been in," he told BBC Guernsey.

Merrien, who ran at the last World Championships, has been altitude training in Kenya ahead of the race.

"I've been going out to Kenya on a regular basis for the past couple of years.

"I find it's helped me massively, it's high altitude at 8,000ft, some challenging terrain and no shortage of inspiration in terms of the number of runners you see around the place, both Kenyan and from around the world," Merrien said.

In the preparation for the London Marathon Merrien has been running up to 120 miles-per-week as he aims to make the 'A' standard for Olympic qualification.

Great Britain only have two places left on their marathon team as has already run under 2:12, and Merrien expects the best two British finishers on Sunday to be selected for the Olympics.

"If more than two Brits finish ahead of me under 2:12, then the chances are they're more likely to be picked.

"If I'm the first or second Brit under 2:12 then that should pretty much guarantee me selection."