The winger, 27, was released by Wasps in October to allow him to pursue a career in American football.

Seen as a potential running back, Wade was one of four players allocated to an AFC East club as part of the league's International Player Pathway programme.

"Every week that has gone by has exceeded my expectations," he said.

"At this stage I'm speechless.

"For me this is another step closer to my dream and what I set out to achieve from the start. It's making me emotional thinking about the risk I took and the magnitude of the move."

Wade, who won one cap for England in 2013 and was called up to the British and Irish Lions squad that summer, is third in the all-time Premiership try-scorers list with 82.

The International Player Pathway allows him to train with the Bills during pre-season and after training camp he will be eligible for an exemption to join their practice squad for 2019.

Wade is ineligible to play during the season but will attempt to earn a place on the Bills' 53-man regular season roster for 2020.

Since December, he has been training alongside NFL veterans and draft hopefuls in Florida.

"There has been a huge mental challenge. It's like learning a new language - you must go into a classroom and learn something completely new in a short period of time," Wade added.

"It's been a real test and will continue to be so as I've only scratched the surface of what is required. It's been a challenge that I have risen to and now I am looking to the next step."

Those hopefuls included former rugby league international Valentine Holmes, who gave up one of the biggest contracts in the NRL for a chance to make it in the NFL.

The AFC East was chosen at random as the division that receives a roster exemption for an 11th practice squad member for the 2019 season. 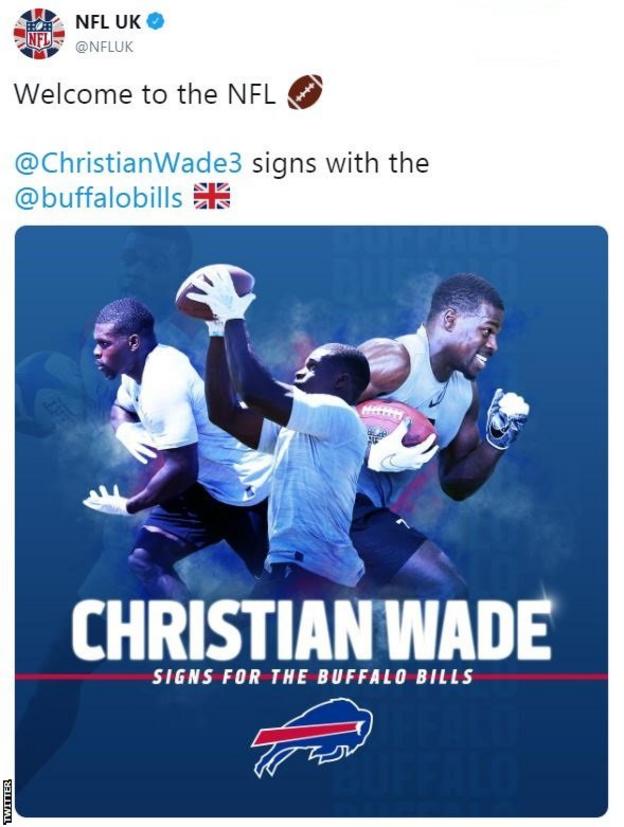