The NFL is working on contingency plans in case games are called off because of Hurricane Matthew.

It is set to be the strongest storm in the United States for 12 years and has already killed more than 100 people after striking the Caribbean.

Florida and Carolina are in the hurricane's path and more than two million people have been evacuated.

"We are in close contact with local and state authorities about the hurricane," an NFL spokesman said.

"Consistent with that, we are conducting contingency planning for Sunday's Tennessee at Miami game as well as Monday's Tampa Bay at Carolina game."

The Miami Dolphins closed their facility on Thursday in anticipation of the Category Four storm - the second-highest storm classification. 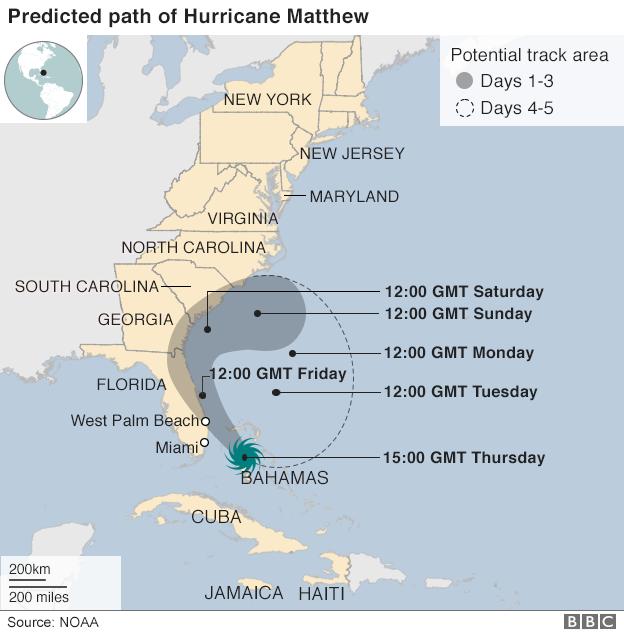