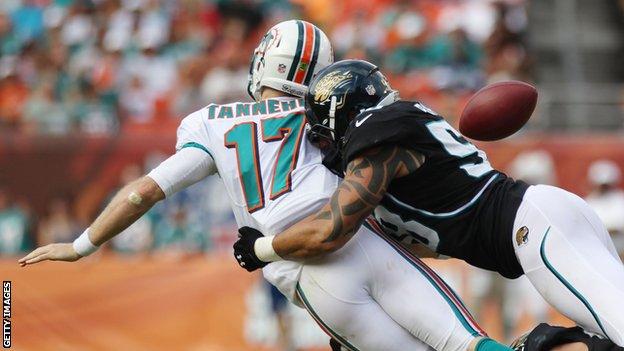 A competitive fixture has been held at Wembley annually since 2007, but the coming season will bring two matches for the first time. Both have sold out.

The Jacksonville Jaguars have agreed to play one of their 'home' games at Wembley in each of the next four years.

The NFL eventually wants a London team, and there has been speculation that the Jaguars may be the team to relocate.

News of the NFL's plans to further expand the sport in the UK came at a conference held on Tuesday at a New York University conference.

It was reported on nfl.com that Goodell had told the New York Post there is a chance Jacksonville will soon be playing two of their eight regular season home games annually in London.

Jacksonville will face the San Francisco 49ers at Wembley on 27 October, while the Minnesota Vikings will play the Pittsburgh Steelers at the same venue on 29 September.