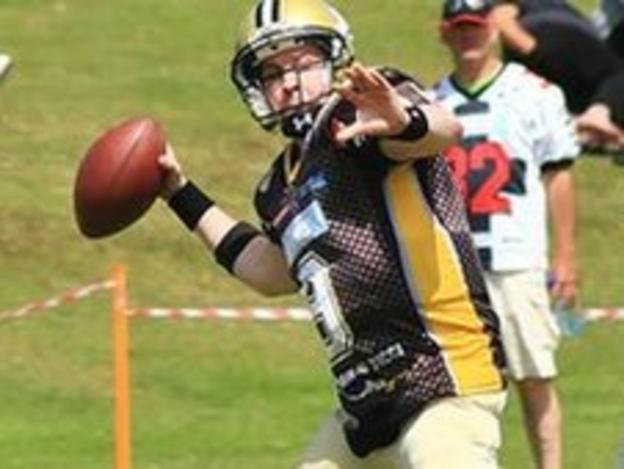 Cornish Sharks coach Brian Smallworth has begun the process of rebuilding his squad after the side missed out on the end of season play-offs.

A 22-0 home defeat by the South Wales Warriors last Saturday ended the Sharks' chances of qualification.

The Newquay-based team are third in BAFA Division 2 West, having lost four of their nine matches.

He continued: "But it's exciting times - we've got people all over Cornwall that want to try American football."

Smallworth is also keen to sign two strong safety ends and to improve his offense.

"We need a couple more linemen and maybe some new running backs," he acknowledged.

"Due to injuries we've only had two running backs."

The Sharks finish their season with a home match against Gloucester Banshees on Sunday.