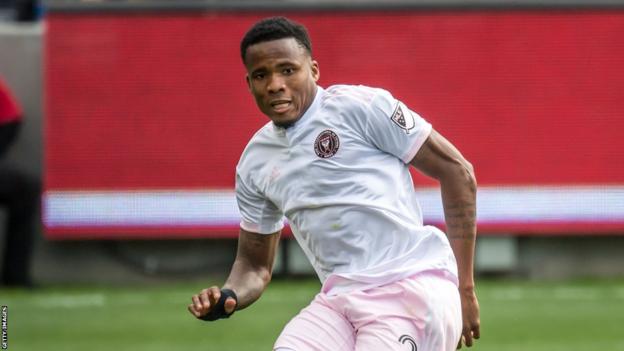 The Sudanese announced the signing on its Facebook page, where they also revealed that Senegalese player Ibrahima Mame N'Diaye, 26, had joined from Serbian side FK Čukarički.

The 26-year-old Powell has joined until the end of the season, with an option for a one year extension.

The deal has been organised and financially backed by Al Hilal's honorary president Turki Al Sheikkh, a wealthy businessman who is also the chairman of Saudi's General Entertainment Authority and former owner of Egyptian club Pyramids.

Powell spent most of Inter Miami's inaugural Major League Soccer season as an unused substitute, playing just four matches in total and only starting two of those.

He joined the team, now coached by former England and Manchester United defender Phil Neville, from Cincinnati FC where he spent the 2019 season. He previously played for the Portland Timbers for six years.

Powell was a key member of the Portland Timbers squad that won the 2015 MLS Cup. He made 31 regular season appearances and six playoff appearances en route to the title, starting in each one.

He also has 49 caps for Jamaica including playing at two Gold Cups and two Caribbean Cups, which he won in 2014.