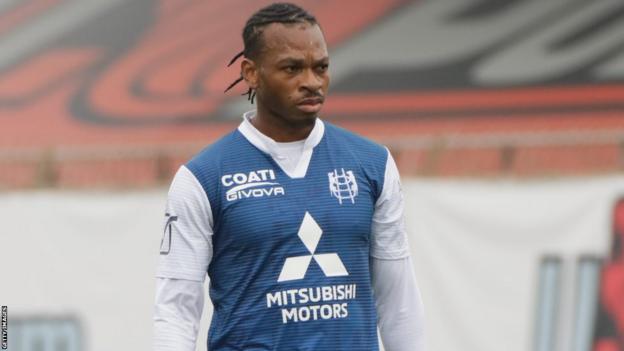 Italian Serie B side Chievo have said Nigeria midfielder Joel Obi was racially abused by an opponent during a match against Pisa on Tuesday.

Pisa and the player have both denied the accusation.

Chievo said in a statement that Obi was "the object of an infamous and disgraceful phrase that has nothing to do with the most basic values of sport, ethics and respect."

It said Pisa player Michele Marconi used the phrase "the slave revolt" towards Obi in the first half of the 2-2 draw.

"Chievo... regrets that a phrase heard by most on the pitch was not followed by any disciplinary action: neither by the referee, nor the assistant or fourth official, nor the federation delegate," it added.

Pisa said the club "distanced itself" from Chievo's statement, saying the alleged insult was not detected by match officials or the microphones around the pitch.

"Moreover, our player confirmed that he had not addressed any insults to the opposing player, let alone racially motivated ones," it added.

Obi has spent most of his career in Italy, playing for Inter Milan, Parma and Torino as well as the Nigeria national team.