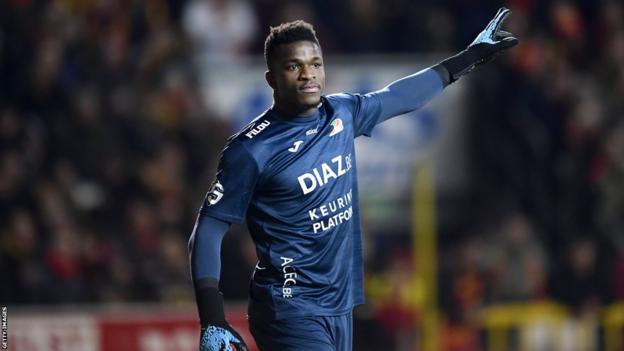 According to the club website: "During the night from Saturday to Sunday, the Ostend police were called up because of noise nuisance in the apartment building of Fabrice Ondoa in the Koningsstraat.

"It turned out to be a lockdown party in which ten people violated all corona measures.

"When the police arrived, they were also verbally harassed by the revelers and 11 police reports were drawn up."

Ondoa though was unhappy by the way the club handled the situation and denied holding a party.

"I just heard the news this (Tuesday) afternoon in an e-mail almost at the same time as the press," he posted on social media.

"They are taking such a serious decision without even bothering to hear me. I just got a letter from their lawyer. It's scandalous!"

"If they had bothered to invite me to explain, they would have understood that I have done nothing wrong. I have not organized anything at all and it sure wasn't a lockdown party."

"As a football club, we cannot tolerate such selfish and irresponsible behaviour," he said.

"We are relieved that we have not had any Covid contamination so far and we are doing everything we can to keep it that way.

"That is why we always remind our players of their duties and they also assume their responsibility.

"KVO as a club is above the individual and given the seriousness of these facts, we therefore feel compelled to initiate the dismissal procedure against Fabrice Ondoa."

Ondoa had been with Oostende since 2018 and had been second-choice keeper this season behind Guillaume Hubert.