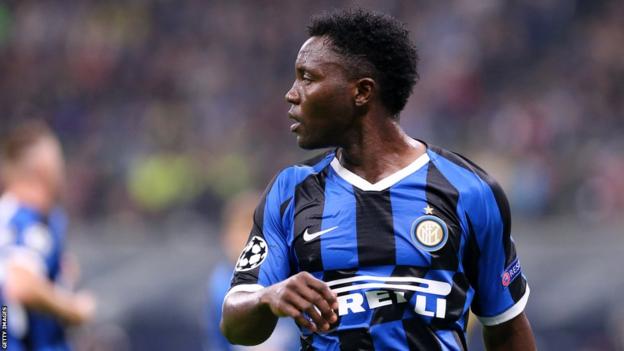 Ghana's Kwadwo Asamoah says he wants to return home one day but is equally determined to continue playing at the highest level in Europe.

The midfielder has been looking for a new club since leaving Italian Serie A side Inter Milan by mutual consent in October.

Despite recently turning 32 he still has the enthusiasm of a 20-year-old and says it is too soon for him to follow the lead of his compatriot and former captain Asamoah Gyan, who signed for Ghanaian side Legon Cities in November.

"In the future, I won't mind going there (to Ghana) and play football, but this is not the right time for me to do so," he told BBC Sport Africa.

"I have quite a few years ahead of me to play in Europe before considering such a move."

A lot to offer

Asamoah added that any return to Ghana would involve more than just playing for a club there.

"For me it would mean to go back and support Ghana's football, to encourage the young ones, share my experiences in Europe with them and give something back," he insisted.

"I know they would look at a player like me and be eager to learn; I could help them with my experience, show them what is necessary and encourage them.

"This might also inspire other players who are in Europe now to go back and help. We could be role models for them."

He also believes that such a move could help the Black Stars to achieve success at international level.

"We were so close to winning the Africa Cup of Nations many times, and we never did it," he pointed out.

"We've been chasing this for some 30 years now; we got to the final three times, but never managed to win it.

"I know you need to accept these things, you can't win everything, but this is something I would have really loved to bring home for my country." 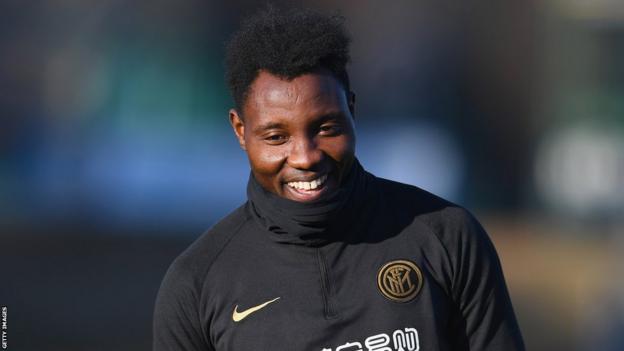 Asamoah's hunt for a new club has been hit Covid-19, which has not only affected his ability to travel but also because of the impact the pandemic has had on clubs' finances.

Despite his career stalling at the beginning of this season, as he realised he was no longer part of Antonio Conte's plans at Inter Milan, he has remained upbeat and confident he can move forward.

"I am the kind of guy who doesn't complain, even if I don't play. I prefer to support my teammates, because I want us to win," he said.

"Obviously I would like to play too, but I wouldn't go and make any trouble, or go and ask my coach why he doesn't let me play. I prefer to push myself and support the team."

After six months of waiting for his chance to come, and although he loved his spell in Milan, Asamoah had to think about his future.

"At the start of my third Inter season I saw things were gradually getting worse and the best thing for me to do was to redraw and focus on continuing my career," he explained.

"I still had a contract and I absolutely wanted to be fair to them. Everyone at Inter has always treated me very well; the club, the management and my teammates were always supportive.

"They knew I had always given my best and I was training hard every day, so, when I explained them my situation, they understood me. We got to an agreement and they let me go without any problem."

Italy is my second home

However finding a new club has not proved as straightforward as many would imaging for a player who won six league titles, four Coppa Italia titles and three Italian Super Cups in his six years at Juventus.

Asamaoh has spent his senior career in Italy so far with stints at Udinese and Inter Milan either side of his successes at Juventus.

"Italy is a second home to me and when I think of my career, I can only think of Serie A," he said, having joined Udinese in 2008.

"I've been playing here for the past 12-13 years, I spent more time here than in my own country! To be honest, I love it here too!

"I had many opportunities during my career to go to the UK or to other countries, but I adapted so well here, from football to the lifestyle, and that made leaving Italy difficult to accept.

"I feel at home here and after my career I want to stay here too."

His determination to find a new club has seen him training alone for the last few months, keeping fit and waiting for the right offer to arrive.