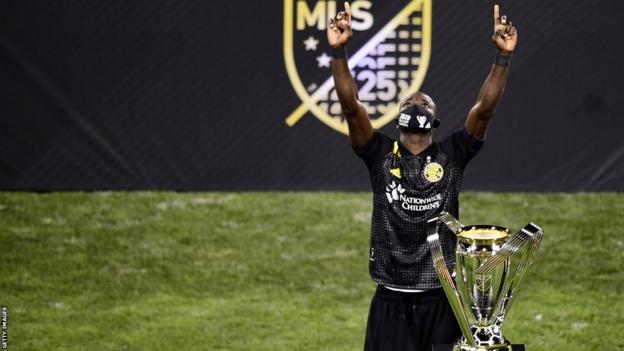 In 2018, the owners of the club based in Columbus, Ohio were determined to move more than 1,000 miles south to the more temperate - and potentially profitable - climes of Austin.

Adamant Columbus fans quickly launched a passionate rear-guard action under the #SaveTheCrew movement, in loyalty to one of the league's founding teams.

The last two years has seen a reversal of fortunes for both Columbus Crew and its Ghanaian captain as they combined to beat Seattle Sounders 3-0 in the MLS Cup final to claim a second title.

"It's such an incredible achievement for the team, because we've been through so much as a club, city and everyone connected to Columbus," Mensah told BBC Sport Africa.

"The community and everyone behind the Save the Crew movement made it all happen, we the players and staff are just the vehicle that delivered it.

"Their determination, resilience and undying desire gave us the strength and determination to accomplish this mission, because this is pretty special.

"When you look at life in the past three years, what they've done off the field and how this year has been for all, this trophy is our little contribution to say 'thank you' for everything."

What made the win in the final more remarkable is that Crew had to do it without two of their top performers, Darlington Nagbe (son of former Liberia international Joe Nagbe) and Pedro Santos after they both tested positive for coronavirus. 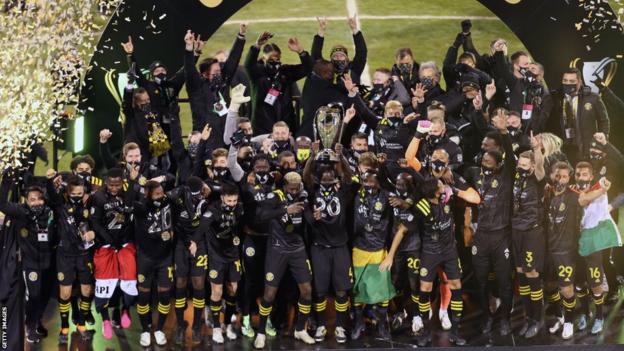 The 2020 MLS season originally kicked off on 29 February but was suspended in March due to the global coronavirus pandemic.

In order to try and restrict the spread of the disease the MLS teams were confined to life inside a bubble at Walt Disney World in Orlando Florida - effectively quarantined in their hotels when they are not playing or training.

"It's a year like no other, not just our team but everyone in the world actually because we are still in the middle of a global pandemic," Mensah continued.

"But we still go out there and do our job, make people happy. For us to be rewarded like this, it's an amazing feeling."

Crew has a strong African influence on the team including Mensah, who is the sole African in MLS best XI for 2020.

The squad includes his compatriots Emmanuel Boateng and diminutive Black Stars international Harrison Afful, who was rated the league's best right fullback in 2019.

"It's always good to have a diverse team because you look all across the world in every team it's a diverse team and that is what community is about," Mensah added.

"For me to have African brothers around me, my other brothers from the United States and from other backgrounds is such an incredible feeling.

"But having African brothers on the team is special because you share similar experience of being far away from home yet you can still connect in a peculiar way."

His decision to leave Europe for the North American side in January 2017 was criticised by a section of the local media and some fans of the Black Stars.

"Actually the decision to come to the MLS didn't actually make a couple of people happy. But obviously if you've got to make decisions because of people then you can never be happy," he said.

"We all want what we want to do in life. People won't be happy with the decisions other people make but it's for you to live with the outcome.

"So it wasn't like I was in a fantastic situation or a great team in Europe. I was in a mid-table team and doing well, but the opportunity in the MLS and the project kind of caught my interest and I went for it.

"And we've seen how the league has grown as the years have gone by and some superstars have joined the league and done so well.

"Everyone can see that now and with the success and how it's attracted some big names, I believe the league will continue to grow."

At the age of 30 and as a fully established international for his country, Mensah has not ruled out a return to Europe, even though he is enjoying life in the MLS.

Asked if he still has hopes of playing in Europe again, Mensah said: "You never say never. What would get your name out there is to keep putting in solid performances week in, week out for your team and doors will open.

"People keep saying this is a retirement league but we've seen it's the complete opposite. We saw Zlatan came here at age 35 and scored lots of great goals.

"He gave the fans something to shout about with great games, he went back to Europe and is still scoring at the top level like he never left. That tells you how great this league has been and it can only get better from here."

2020 gratitude amid lessons and losses 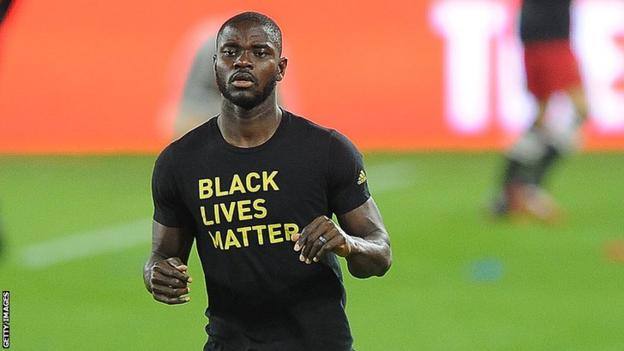 Mensah won the 2009 African Youth Championship and the Under-20 World Cup with Ghana. He also played for the Black Stars at the 2010 and 2014 World Cups.

As a regular member of the Ghana squad he has been to the last six Africa Cup of Nations tournaments, helping them to finish runners-up in 2010 and 2015.

Approaching a massive 70-cap appearance for his country, Mensah is grateful to be alive in a year that has truly tested humanity.

"We need to be grateful for life, family, friends and loved ones because during this time you see the true character," he added.

"We see how people love and are more grateful for life. This pandemic has taught us so much and if we come out unchanged I think that is our own problem.

"I believe a lot of people have learned a lot and are beginning to appreciate life because some people have lost their lives, jobs, loved ones, friends and family.

"One thing we can take away from this year is to be grateful for everything."