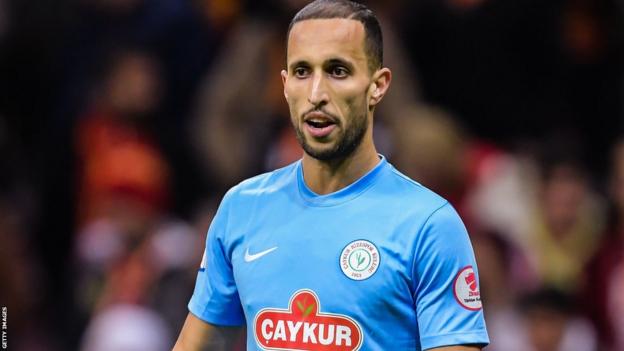 He had been diagnosed in February while playing in Turkey for Caykur Rizespor.

In a statement the club said: "We have learned with sadness the news of the death of our former football player Mohamed Abarhoun, who has been receiving treatment for a while.

"We wish Allah's mercy to Mohamed Abarhoun, who passed away, and our condolences to his family, relatives and community."

Abarhoun spent seven years playing in Morocco for Moghreb Tetouan, where he won two league titles, before moving to Portuguese side Moreirense, who he left last year to join Rizespor.

At international level the defender helped Morocco's under-23 side qualify for the 2012 Olympics and went onto play twice at the Games in London.

He also played for Morocco at the 2014 African Nations Championship, the tournament for locally-based players, in South Africa as well as two friendlies.