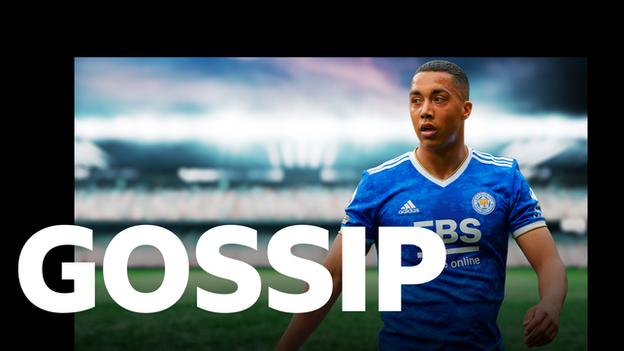 Manchester United have made a £51m bid for Ajax's 22-year-old Brazil forward Antony, but the Dutch club are holding out for a fee of £68m. (Goal)

Manchester United still do not know when Portugal forward Cristiano Ronaldo, 37, will return to training as the Old Trafford club prepare to leave for their pre-season tour to Thailand on Friday. (Times - subscription required)

Bayern Munich director Oliver Kahn says a move for Ronaldo would not fit in with the German club's "philosophy". (Mail)

Chelsea are preparing a £38m bid for Sporting Lisbon's 23-year-old Portugal midfielder Matheus Nunes, who is also a target for Wolves. (A Bola - in Portuguese)

Everton are set to offer England Under-21 winger Anthony Gordon, 21, a new contract to ward off interest from Newcastle United. (Times - subscription required)

The Toffees also have no intention of selling England striker Dominic Calvert-Lewin and may offer the 25-year-old a new deal too. (Mirror)

Fulham are in talks with the Gunners over a deal for the 30-year-old Leno. (West London Sport)

Leeds United have urged Barcelona to make a final offer for Raphinha this week as they want the 25-year-old Brazil forward's future resolved as soon as possible. (Sport - in Spanish)

How will you get on in our Euros-themed quiz?

The Question of Sport team have put together a quiz to test your knowledge of the Women's European Championship.

But West Ham are also discussing a deal for Downes, who was a boyhood Hammers fan. (Sky Sports)

Tottenham are closing in on the £15m signing of 21-year-old England Under-21 full-back Djed Spence from Middlesbrough. (Telegraph - subscription required)

Southampton are also interested in Williams and hope to beat Forest to the defender's signature. (Football Insider)

Club Bruges have rejected a bid from Leeds for 21-year-old Belgium midfielder Charles de Ketelaere, who would prefer a move to AC Milan. (HLN - in Dutch)

England's players will receive a £55,000 bonus per player if they win the Women's European Championship. (Telegraph - subscription required) 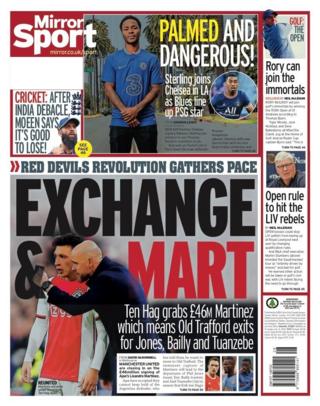