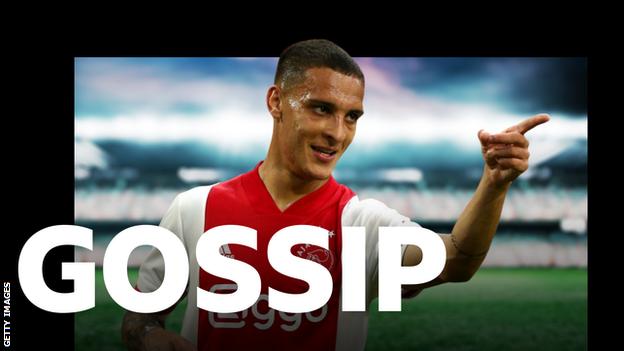 Italian club Napoli are interested in signing Ronaldo, while the Portugal international's agent has met Chelsea co-owner Todd Boehly and Bayern Munich have been informed about the player's situation. (Athletic - subscription required)

Arsenal and Manchester United are also in competition to sign Germany winger Serge Gnabry, 26, from Bayern Munich for £40m. The former Gunner is out of contract with Bayern next summer. (Star Sunday)

Gnabry will be at the top of Manchester City's wanted list if they sell England forward Raheem Sterling, 27, this summer. (Sun on Sunday)

Barcelona president Joan Laporta says the club have spoken to Leeds United about signing Brazil winger Raphinha and that the 25-year-old wants to join them, despite Chelsea agreeing a deal worth £55m plus add-ons. (Mail on Sunday)

Barcelona have no intention of selling Netherlands midfielder Frenkie de Jong, although they want the Manchester United target, 25, to agree to a pay cut. (AS - in Spanish)

Mohamed Salah was prepared to rejoin Chelsea before the Egypt forward, 30, agreed a new deal which made him the highest-paid player in Liverpool's history. (Sun on Sunday)

Nicolas Tagliafico is expected to leave Ajax this summer, with Brighton and Lyon among the clubs interested in signing the Argentina defender, 29. (Fabrizio Romano, Twitter)

Nottingham Forest are close to signing French centre-back Moussa Niakhate, 26, having reached an agreement in principle on a transfer fee with Mainz. (Fabrizio Romano, Twitter)

Trezeguet is set for a medical with Trabzonspor after the Turkish side agreed a deal to sign the Egypt winger, 27, from Aston Villa. (Voel - in Turkish)

Portugal forward feels more attractive options are available to him

Brazil left-back Alex Telles, 29, is next in line to be off-loaded by Manchester United after being involved in a training ground clash with Tunisia midfielder Hannibal Mejbri, 19. (Sunday Mirror)

Chelsea are in talks with AC Milan over a deal for the Blues' Morocco winger Hakim Ziyech, 29, to join the Serie A side on loan with an option to buy. (Nicolo Schira, Twitter)

Fulham have made a loan offer for France right-back Leo Dubois but his club Lyon favour a permanent transfer for the 27-year-old. (L'Equipe - in French)

Brazil forward Vinicius Jr, 21, is set to sign a new contract at Real Madrid with a £1bn release clause to ward off interest from Paris St-Germain. (Marca)

Barcelona are willing to allow Netherlands forward Memphis Depay, 28, to leave the club for 25m euros (£21.5m). (AS - in Spanish)

After his Chelsea contract expired this summer, Denmark centre-back Andreas Christensen, 26, will be presented as a Barcelona player this week, along with AC Milan's Ivory Coast midfielder Franck Kessie, 25. (Mundo Deportivo - in Spanish)

Inter Milan will sell Stefan de Vrij to a Premier League side this summer because they do not want to lose the Netherlands defender, 30, for free when his contract expires next year. (Calcio Mercato - in Italian)

There is a "70 or 80% chance" that Chile midfielder Arturo Vidal, 35, will join Boca Juniors after leaving Inter Milan this summer. (Mundo Deportivo - in Spanish)

Sweden striker Zlatan Ibrahimovic's contract at AC Milan has expired but the 40-year-old is set to meet the Serie A side to discuss a new deal. (Sky Sport Italia) 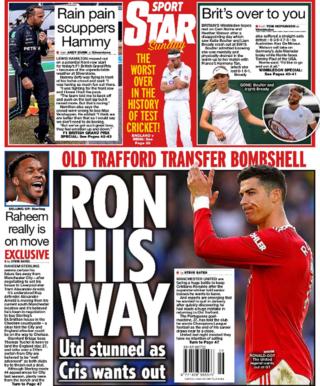