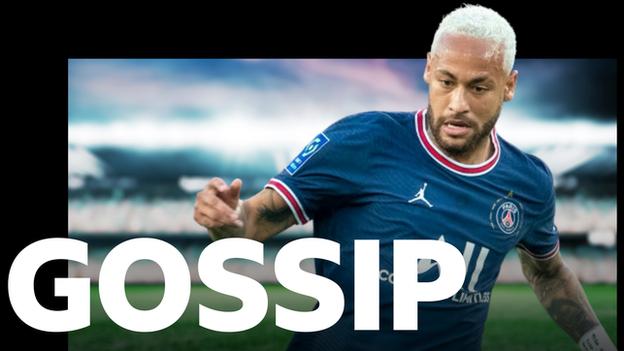 Brazil forward Neymar, 30, is considering leaving Paris St-Germain this summer after finding out the club are happy for him to depart, with Chelsea being contacted by the player's agent to find out their level of interest. (ESPN)

Manchester United are closing in on a deal for Christian Eriksen and have made a verbal offer to the 30-year-old Denmark midfielder after his contract at Brentford expired. (Star)

Manchester United have told Eriksen and his agent they are willing to hand the player a two-year deal worth £150,000 a week, while Brentford, Tottenham, Everton, Newcastle and Leicester are also interested. (Mirror)

Chelsea, Paris St-Germain and Bayern Munich are pushing to sign 25-year-old Barcelona and France forward Ousmane Dembele, who is available on a free transfer. (Marca)

Chelsea and Manchester City are nearing agreement for England forward Raheem Sterling, 27, on his £45m move to Stamford Bridge. (Mail)

Barcelona have decided against turning 26-year-old Wolves and Spain winger Adama Traore's loan spell into a permanent deal. Barca had an option to sign Traore for 30m euros (£26m). (Sport)

Watford and Nigeria striker Emmanuel Dennis, 24, is among Everton's list of targets as they look to replace 25-year-old Brazil forward Richarlison, who has joined Tottenham for £60m. (Evening Standard)

Spain midfielder Marco Asensio, 26, could leave Real Madrid in the summer as they are not offering him an extension to his contract, which expires next year. AC Milan are among those interested, although some Premier League clubs could also make a move. (Marca)

Tottenham have joined West Ham, Everton and Newcastle United in considering a move for England midfielder Jesse Lingard, 29, after his departure from Manchester United following his contract expiring. (Telegraph - subscription)

French striker Hugo Ekitike, 20, has told Reims he wants to stay, despite their accepting a bid from Newcastle United. (Chronicle)

Tottenham are closing in on the signing of Barcelona and France defender Clement Lenglet, 27, although Brazil defender Emerson Royal's Spurs future is uncertain with Atletico Madrid and Roma interested in the 23-year-old. (Express)

Spain defender Hector Bellerin, 27, is back training with Arsenal following a successful loan with Real Betis. Bellerin said his time with Betis helped him "fall in love again with this sport". (Star)

Leeds are lining up a loan move for RB Leipzig's 23-year-old United States midfielder Tyler Adams, who can also play at full-back and as a winger. (Mail)

Marseille boss Jorge Sampaoli quit the club amid frustrations with the club's transfer policy and an inability to sign Arsenal and France defender William Saliba on a permanent deal after the 21-year-old impressed on loan. (Mirror)

Nottingham Forest have secured the signing of Manchester United and England keeper Dean Henderson, 25, on loan for the season, with Burnley and Wales keeper Wayne Hennessey, 35, also expected to join. (Telegraph) 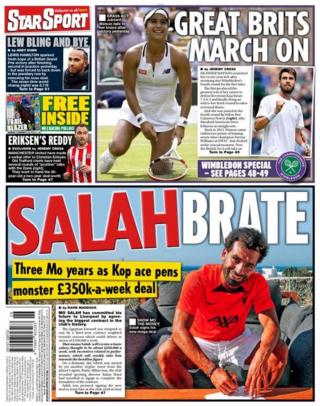