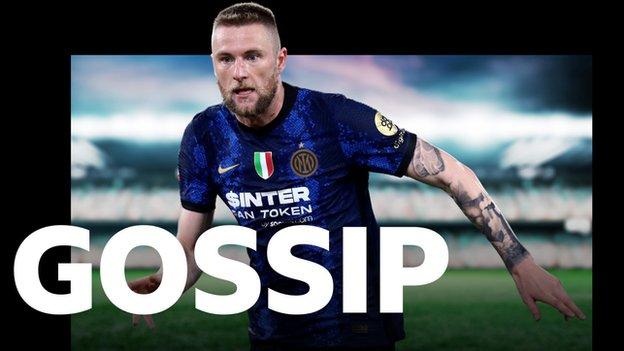 Chelsea are close to agreeing a £55m deal with Leeds United to buy 25-year-old Brazil forward Raphinha, who is also attracting interest from Arsenal and Barcelona. (Guardian)

Chelsea have turned their attention to 27-year-old Inter Milan and Slovakia defender Milan Skriniar, who is also a target for Paris St-Germain, after deeming the £102m release clause of Juventus and Netherlands centre-back Matthijs de Ligt, 22, as too expensive. (Mail)

PSG have agreed personal terms with Skriniar as well as Lille's Portugal midfielder Renato Sanches, 24, and 23-year-old Italy striker Gianluca Scamacca, who plays for Sassuolo. The French champions now have to agree deals with each of the trio's clubs. (Get French Football News)

Chelsea have been linked with a third Manchester City player. The Blues want to buy Ukraine international Oleksandr Zinchenko, 25, from the Premier League champions having already opened talks about signing England forward Raheem Sterling, 27, from them and being linked with Dutch defender Nathan Ake, 27. (Mail)

Tottenham have stepped up their pursuit of Everton and Brazil forward Richarlison, 25, but a £20m offer that also included Dutch winger Steven Bergwijn, 24, has been rejected by the Toffees. (Telegraph - subscription required)

Tottenham are now ready to seal a £100m deal with Everton for both Richarlison and England under-21 winger Anthony Gordon, 21. (Sun)

Middlesbrough are growing frustrated at Tottenham stalling on a deal for England Under-21 right-back Djed Spence and that could open the door for Nottingham Forest to sign the 21-year-old, who helped the City Ground side get promoted to the Premier League last season. (Football League World)

Crystal Palace are close to signing Lens midfielder Cheick Doucoure in a deal worth 21m euros (£18m) plus add-ons for the 22-year-old Mali international. (Guardian)

Fulham have been given permission to speak with Brazilian midfielder Andreas Pereira after agreeing a fee with Manchester United, although the 26-year-old appears to prefer to stay at Brazilian side Flamengo where he is on loan. (90 Min)

Southampton have joined a number of clubs in having an interest in Burnley's 26-year-old English midfielder Josh Brownhill. (90 Min) 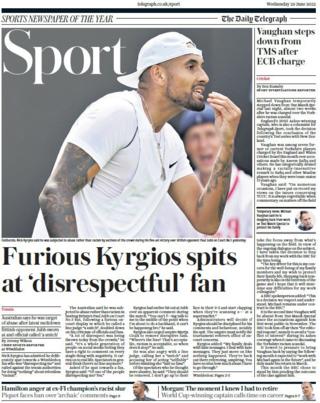