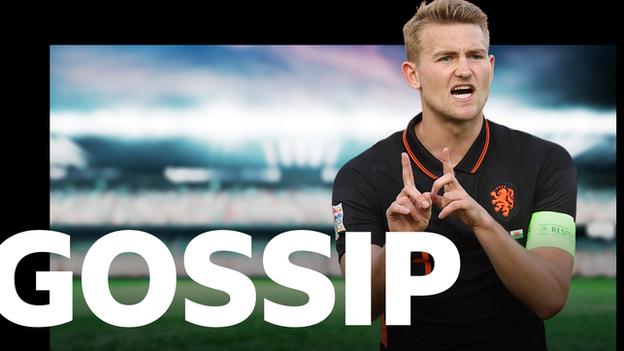 Chelsea are thought to be open to adding their Germany forward Timo Werner, 26, into a swap deal for Juventus and Netherlands defender Matthijs de Ligt, 22. (Sky Sports)

Roma are keen to sign Ronaldo and reunite him with his former boss at Real Madrid, Jose Mourinho. (Retesport - in Italian)

Ronaldo could be heading back to Portugal after his first club Sporting Lisbon sounded him out over a return home. (Sun)

Manchester United are growing increasingly confident of landing their number one transfer target Frenkie de Jong, with a compromise fee of about £69m likely to be reached with Barcelona for the Netherlands midfielder, 25. (Goal)

However, Manchester United face being plunged into £1bn of debt if they go ahead with plans to redevelop Old Trafford. (Mirror)

Porto expect Liverpool to firm up their interest in Portugal winger Otavio, 27, this week after rejecting a £26m bid from Leeds United. (Mirror)

Arsenal are to step up their efforts to sign Leeds and Brazil forward Raphinha, with the London club thought to be favourites to close a deal for the 25-year-old. (The Athletic- subscription required)

Ronaldo not for sale

Juventus and Paris St-Germain have opened talks over a deal for Brazil forward Neymar, 30, who is also being linked with Chelsea. (AS - in Spanish)

Chelsea want both Sterling and Barcelona's France winger Ousmane Dembele, 25, who is available on a free transfer, with the club poised for a summer spend of more than £150m. (Mail)

Nottingham Forest are closing in on deals for Liverpool's Wales right-back Neco Williams, 21, who is valued at £15m, and Wolves' English midfielder Morgan Gibbs-White, with the 22-year-old set to cost £20m. (Sun)

Everton and Tottenham are continuing their talks over the potential transfer of Spurs' England midfielder Harry Winks, 26. (Sky Sports)

English winger Malcolm Ebiowei, 18, turned down the chance to join Manchester United in favour of a move to Crystal Palace on a free transfer from Derby. (Sun)

Middlesbrough defender Djed Spence has asked to leave the club but no deal has yet been agreed with Tottenham for the 21-year-old English full-back. (Football.London)

Bayern Munich are refusing to take Barcelona's calls about their interest in Poland forward Robert Lewandowski, 33, in a bid to keep him at the club. (Sport - in Spanish)

Wales midfielder Aaron Ramsey's hopes of leaving Juventus this summer have taken a blow with Fatih Karagumruk boss Andrea Pirlo saying he has "given up" on signing the 31-year-old. (Mirror)

Defender Samuel Umtiti, 28, will leave Barcelona this summer, with Girona and a number of other Serie A teams keen on the France international. (Ekrem Konur)

Real Madrid and Spain forward Marco Asensio, 26, and midfielder Dani Ceballos, 25, are expected to leave the club this summer. (Marca - in Spanish) 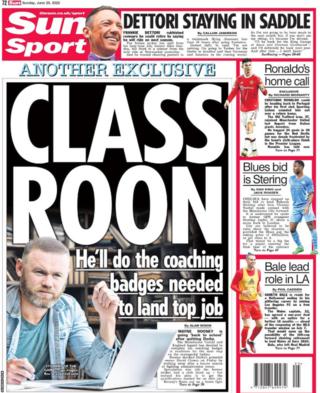 Back page of the Sunday Sun