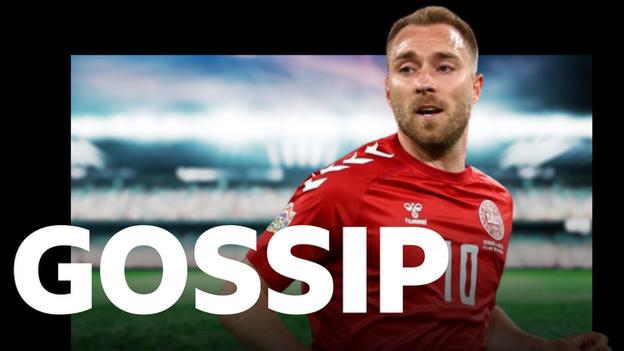 Manchester United have made an offer to sign Denmark midfielder Christian Eriksen, 30, as his Brentford contract expires at the end of this month. (The Athletic)

Manchester United's interest in Eriksen would not rule out a move for their number one target Frenkie de Jong, 25, as talks continue with the Dutch midfielder's club Barcelona. (Mail)

De Jong says he is flattered by United's interest but is currently at the biggest club in the world. (Metro)

Juventus are close to agreeing a contract for France and Manchester United midfielder Paul Pogba, 29, who will leave Old Trafford when his contract expires this month. (Fabrizio Romano)

Everton's Richarlison, 25, has turned down an approach from Arsenal - with Chelsea and Tottenham Hotspur said to be the preferred destinations of the Brazil forward. (UOL, via Liverpool Echo)

Inter Milan are pushing to sign Romelu Lukaku, 29, from Chelsea with the Belgium striker prepared to take a wage cut in order to return to the Serie A club. (Fabrizio Romano)

Arsenal-linked Victor Osimhen says he will decide on his future later in the summer after the 23-year-old Nigeria and Napoli forward admitted he was aware of interest from clubs in England and Spain. (Standard)

Speedy, prolific Nunez can be 'a fish in water' at Liverpool

Why Liverpool made Darwin Nunez their potential record signing

Leeds winger Raphinha, 25, is a target for both Arsenal and Tottenham Hotspur this summer, amid concerns Barcelona will be unable to fund a deal for the Brazil international. (The Athletic)

Tottenham and Juventus have had offers rejected for Udinese and Italy Under-21 left-back Destiny Udogie, 19. (Sun)

Middlesbrough and England Under-21 defender Djed Spence, who spent last season on loan at Nottingham Forest, would favour a move to Tottenham. (The Athletic)

Uruguay midfielder Lucas Torreira, 26, will return to Arsenal after Fiorentina decided not to make his loan deal permanent. (Standard)

Wolves remain confident of signing Portugal midfielder Joao Palhinha from Sporting Lisbon despite Fulham's efforts to tempt the 26-year-old with a move to Craven Cottage. (Sun)

Bournemouth are favourites ahead of Nottingham Forest and Fulham to sign English midfielder Joe Rothwell, 27, from Blackburn Rovers. (Football Insider) 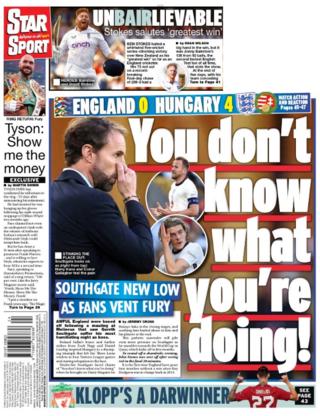