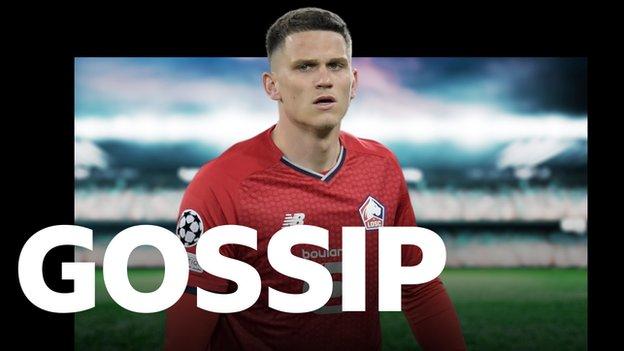 Manchester United have made a move for Lille centre-back Sven Botman as they attempt to beat AC Milan to the signature of the 22-year-old Dutchman. (Football Insider)

Ajax defender Jurrien Timber is also a target for Manchester United, with talks believed to be taking place between the two clubs for the 20-year-old Netherlands international. (Mirror)

Barcelona president Joan Laporta says the club have offered France forward Ousmane Dembele a new deal but believes the 25-year-old is "tempted by other options he considers better". (Catalunya Radio, via 90 Min)

Chelsea are among the clubs interested in Dembele, however the Premier League club would need to sell one of their stars to facilitate the move, with German forward Timo Werner, 26, the most likely to depart. (Football.London)

Barcelona have set a budget of 35m euros to try to sign Poland striker Robert Lewandowski, 33, from Bayern Munich and could offer 28-year-old Dutch forward Memphis Depay as part of any deal. (Mundo Deportivo - in Spanish)

Argentina forward Lionel Messi, 34, will join Major League Soccer side Inter Miami in 2023 when his two-year deal with Paris St-Germain comes to an end. (Direct TV, via Marca)

Messi's entourage have denied he will be moving to Inter Miami and say he has not yet decided what he will do when his PSG deal ends. (Diario Sport, via Mirror)

Juventus have offered 29-year-old France midfielder Paul Pogba, who will be available on a free transfer when his Manchester United contract runs out this summer, a three-year deal worth and annual £6.3m. (Goal)

Manchester United, PSG and Real Madrid are set to rival Juventus for the signing of Lazio's Serbia midfielder Sergej Milinkovic-Savic, 27. (Calciomercato - in Italian)

Dutch centre-back Matthijs de Ligt, 22, is close to signing a new contract until 2026 with Juventus. (Sky Sport Italia, via 90 Min)

Argentina winger Angel di Maria, 34, has agreed a one-year contract with Juventus and will join the Serie A side when his deal with Paris St-Germain runs out in the summer. (Goal)

West Ham are interested in signing 24-year-old Nigeria striker Emmanuel Dennis from Watford, who have been relegated from the Premier League. (Mirror)

Tottenham manager Antonio Conte could turn to RB Leipzig's 20-year-old Josko Gvardiol as he looks to prioritise a centre-back this summer. (Express)

Roma boss Jose Mourinho wants to bring 33-year-old Nemanja Matic to the Italian club, with the Serbia midfielder available on a free transfer in the summer when his contract at Manchester United finishes. (Calciomercato - in Italian)

England centre-back James Tarkowski will leave Burnley when his deal with them runs out in the summer and Newcastle United are in strong contention to sign the 29-year-old. (90 Min)

Arsenal, who have been linked with 25-year-old Manchester City and Brazil forward Gabriel Jesus, will prioritise signing a striker in the summer when they will invest heavily in their squad even if they fail to qualify for the Champions League. (Telegraph - subscription required)

Jesus has not ruled out joining Arsenal this summer, despite the Gunners appearing set to miss out on the Premier League's top four. (Metro)

Barcelona have decided to let France defender Samuel Umtiti leave at the end of the season and hope Arsenal boss Mikel Arteta will reignite his interest in the 28-year-old. (Star)

Leicester manager Brendan Rodgers wants to keep Lookman at the club as one of at least six new signings in the transfer window. (Telegraph - subscription required)

Manchester City and Scotland midfielder Caroline Weir, 26, is close to a move to Real Madrid on a free transfer this summer. (Telegraph - subscription required) 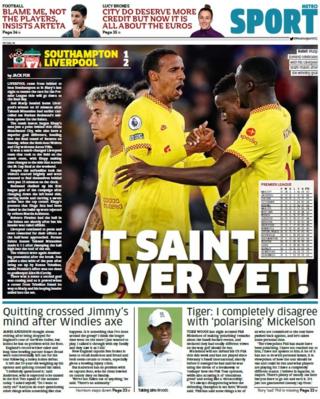