It would take a bid of 100m euros or more for Borussia Dortmund to let 18-year-old midfielder Jude Bellingham go, with both Manchester City and Liverpool said to be interested in the England international. (Bild - in German)

West Ham, like Dortmund, have also put a price on their star player. The Hammers are demanding nothing less than £100m for England midfielder Declan Rice, 22. (football.london)

Manchester United's pursuit of Leon Goretzka, 26, has suffered a blow with the Germany midfielder agreeing a new contract to stay at Bayern Munich until 2026. (Kicker - in German)

Chelsea are preparing to offer 22-year-old England midfielder Mason Mount a new contract, which could see his wages increase to around £150,000 a week. (90min)

France midfielder Paul Pogba, 28, who has been heavily linked Paris St-Germain and Real Madrid, is leaning towards extending his stay at Manchester United after Cristiano Ronaldo's return to Old Trafford. (Athletic - subscription required)

Tottenham have 'put an offer on the table' for AC Milan midfielder Franck Kessie, 24, although it is not clear whether Spurs will make a move in January or wait to sign the Ivorian on a free transfer next summer. (Calciomercato - in Italian)

Spurs' hopes, however, have taken a blow as the Italian club are confident Kessie will remain at the San Siro beyond this season. (Tutto Mercato, via football.london)

Former Bayern Munich Karl-Heinz Rummenigge says no club in the Bundesliga will be able to afford Borussia Dortmund and Norway striker Erling Braut Haaland because of the high salary the 21-year-old could command. (AS - in Spanish)

Liverpool have shown an interest in Nice striker Amine Gouiri, with manager Jurgen Klopp keen on signing the French 21-year-old. (Fichajes - in Spanish)

Arsenal are one of a number of Premier League clubs who have Sweden striker Alexander Isak, 21, as a transfer target, despite Real Sociedad player recently agreeing a new five-year deal with the Spanish side. (Fichajes via FourFourTwo)

Tottenham are willing to selling England midfielder Harry Winks this summer but only if clubs paid £40m for the 25-year-old. (Times - subscription required) 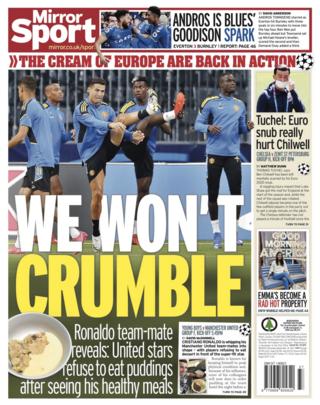