Colombia playmaker James Rodriguez, 30, has been told he does not feature in manager Rafael Benitez's plans at Everton and is free to leave if the club receives a suitable offer. (Liverpool Echo)

Atletico Madrid have moved ahead of Arsenal in the race to sign Inter Milan's 23-year-old Argentina striker Lautaro Martinez, who is valued at around 90m euros (£76.8m). (Tuttosport - in Italian)

Inter Milan have turned down Arsenal's offer to include Spain full-back Hector Bellerin, 26, or France striker Alexandre Lacazette, 30, as part of any deal for Martinez. (Gazzetta dello Sport, via Metro)

Tottenham have had a £43m bid for 23-year-old Argentina defender Cristian Romero accepted by Atalanta. (Talksport)

Tottenham are one of six British teams awaiting the draw for the play-off round of the inaugural Europa Conference League.

Leeds United are interested in signing Spain winger Adama Troare from Wolves, with the 25-year-old valued at about £30m. (Goal)

Bayern Munich manager Julian Nagelsmann says he is "confident" 26-year-old Germany midfielder Leon Goretzka, who has been linked with Manchester United, will sign a new contract with the Bundesliga champions. (Metro)

France striker Karim Benzema, 33, will sign a one-year contract extension with Real Madrid which will tie him to the club until 2023. (ABC - in Spanish)

Chelsea manager Thomas Tuchel says the future of England midfielder Ruben Loftus-Cheek at the club is in the 25-year-old's hands. (Eurosport)

Crystal Palace want to sign English forward Ademola Lookman from RB Leipzig on loan, but will likely face competition from Burnley and Watford for the 23-year-old. (Sun)

The agent of Tottenham defender Davinson Sanchez has held talks with Sevilla, with the 25-year-old Colombian seen as a potential replacement for France international Jules Kounde, 22, who has been linked with Chelsea. (Caracol Radio via Mail)

Wolves have expressed an interest in signing Wales midfielder Aaron Ramsey from Juventus, although the 30-year-old is not convinced by a move to Molineux. (Calciomercato - Italian)

Wolves' Spanish striker Rafa Mir has been offered to Barcelona. The 24-year-old has made just four appearances for the Black Country club since joining from Valencia in 2018 and has been sent out on loan three times. (Sport)

Burnley and Watford are going head-to-head in the race to sign Hibernian's 19-year-old Scottish left-back Josh Doig, who is valued at £4m. (Mail)

Southampton are demanding a fee of £6m for Ireland striker Michael Obafemi, 21, who is attracting interest from Blackburn. (Sun) 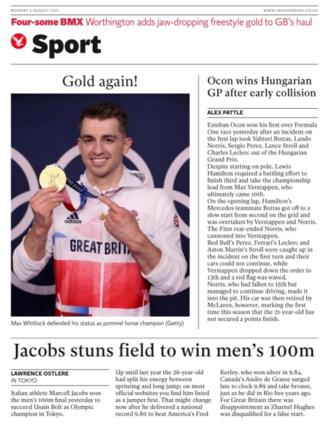