Champions League winners Chelsea have opened talks with Sevilla over the signing of 22-year-old France defender Jules Kounde, who has a £68.4m release clause. (Guardian)

And the Blues could include compatriot Kurt Zouma, 26, as part of a swap deal for Kounde. (Goal)

Aston Villa captain Jack Grealish, 25, will decide his future next week. The England international is currently on holiday after featuring at Euro 2020. (Mirror)

Manchester City are poised to make an opening offer of £75m plus add-ons for midfielder Grealish, who is valued at £100m by Aston Villa. (Mail)

Arsenal have made an ambitious inquiry to Serie A champions Inter Milan for Argentina striker Lautaro Martinez, 23. (Telegraph)

Manchester United midfielder Paul Pogba, 28, is in no hurry to decide his future, whether it lies at Old Trafford or elsewhere. The France World Cup winner has 12 months remaining on his deal. (90min)

Ole Gunnar Solskjaer's hopes of making further additions to his Manchester United squad is likely to hinge on the futures of Pogba and England winger Jesse Lingard, 28. (Telegraph)

Ivory Coast defender Eric Bailly, 27, will seek clarification over his future at Manchester United after they reached an agreement with Real Madrid to sign France centre-back Raphael Varane. (ESPN)

West Ham are waiting to see whether Manchester United's English defender Phil Jones, 29, would be willing to join them on a free transfer with a contract based on incentives. (Eurosport)

Spurs could face competition for Romero with Spanish club Barcelona preparing to make a bid for a player that helped his country win the Copa America this summer. (SportItalia, via Mail)

Italy midfielder Lorenzo Pellegrini, 25, who has been linked with Tottenham, does not want to leave Roma and is in talks about signing a new deal with the Serie A side. (Football Italia)

Barcelona appear closer to reaching a deal to extend Spanish midfielder Ilaix Moriba's deal at the club, with the 18-year-old's current contract running until next summer. (Goal)

However, French side Monaco have been in touch with Willock's entourage about a move, which would offer the player the chance of Champions League football. (Foot Mercato via Inside Futbol)

Juventus boss Massimiliano Allegri has hinted that 31-year-old Bosnia midfielder Miralem Pjanic, who has struggled for game time at Barcelona, could return to the club. (Football Italia) 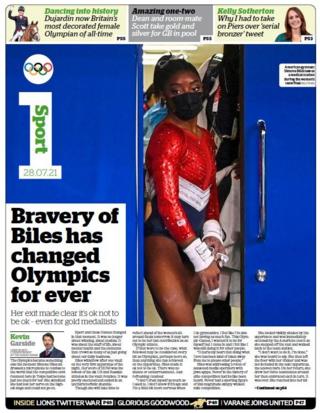