Arsenal's deal for Brighton centre-back Ben White is all but complete and is expected to be finalised after Euro 2020, despite interest from Everton and Manchester City in the 23-year-old England defender. (Football London)

Manchester United have handed Tottenham and Arsenal a boost in the race to sign Sevilla's Jules Kounde by cooling their interest in the 22-year-old France centre-back and focusing on a deal for Real Madrid's Raphael Varane, 28. (Dean Jones via Express)

Ole Gunnar Solskjaer's United are considering offering 28-year-old midfielder Paul Pogba as part of a deal to sign his France team-mate Varane. (AS)

Arsenal are keeping tabs on former Real Madrid defender Sergio Ramos and have asked to be kept in the loop regarding the 35-year-old Spain centre-back's talks with Paris St-Germain. (Goal)

Ramos rejected a £10m offer from Manchester United after talks with the Red Devils and now looks set to join PSG on a two-year deal. (Mirror)

Manchester United are prepared to pay £26m for Inter Milan's Marcelo Brozovic but could face competition from Barcelona for the 28-year-old Croatia midfielder. (La Repubblica, via Star)

Belgium centre-back Toby Alderweireld, 32 has told Tottenham he is looking to leave the club and Spurs are unlikely to stand in his way if they receive a suitable offer. (Athletic - subscription required)

Arsenal's 20-year-old defender William Saliba, who has been linked with Newcastle United and Lille, is set to join Marseille on loan. (Athletic - subscription required)

Arsenal are close to sealing a deal for Benfica's 21-year-old left-back Nuno Tavares, with the Portugal Under-21 defender flying to England to complete the move. (Sun)

Sassuolo are hoping to keep 26-year-old Italy winger Domenico Berardi, a player that club chief executive Giovanni Carnevali has described as a "symbol", amid interest from Liverpool and Tottenham. (Radio 24, via Goal)

England's strength as a unit at the back has become their biggest strength, says Rio Ferdinand.

Manchester United have ended efforts to sign 24-year-old Barcelona winger Ousmane Dembele after the France forward was ruled out for up to four months with a leg injury. (Sport - in Spanish)

Chelsea are poised to make a move for Wales goalkeeper Wayne Hennessey, 34, who is a free agent after his contract with Crystal Palace expired last month. (Express)

Arsenal have offered Reiss Nelson, 21, a new deal with the view of again sending him out on loan, with Olympiakos among the clubs interested in taking the England Under-21 forward, who previously had a spell at Hoffenheim. (Sun)

West Ham United are continuing talks with defender Vladimir Coufal, 28, over an improved new deal, but the Czech Republic right-back has so far been disappointed by what he has been offered. (Sky Sports)

Beijing Guoan's Croatian boss Slaven Bilic, 52, who previously managed West Ham and West Brom in the Premier League, is being linked with the job at Fenerbahce. (Hurriyet, via Sun) 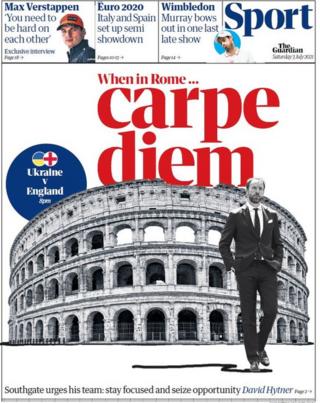