Everton and Leeds United are both in the frame to sign Real Madrid left-back Marcelo, with the 33-year-old Brazilian not in the plans of new Real manager Carlo Ancelotti. (Sunday Mirror)

Bournemouth have made another attempt to sign Arsenal great Patrick Vieira as their new manager, having previously interviewed the French 44-year-old in February. (Sunday Mirror)

Tottenham are competing with Fiorentina for Stuttgart's 23-year-old Argentine forward Nico Gonzalez, with the Serie A side already bidding about £21.5m. (Sky Italia - in Italian)

Manchester United are working on a new deal for 21-year-old England winger Jadon Sancho including "more success bonuses" after Borussia Dortmund rejected an initial bid last week. The Bundesliga club want a transfer fee of £77.5m and add-ons that could take the overall deal to £86m. (Sunday Times, subscription required)

Arsenal have made contact with Manchester United about a move for 24-year-old Dutch midfielder Donny van de Beek. (90min)

Atletico Madrid have put a £30million price tag on Kieran Trippier in a bid to put off Manchester United with United boss Ole Gunnar Solskjaer keen for the 30-year-old England right-back to provide competition for Aaron Wan Bissaka. (Sunday Mirror)

Manchester United boss Ole Gunnar Solskjaer has put French striker Anthony Martial, 25, up for sale because of his poor attitude, with Real Madrid linked to the forward. (Transfer Window Podcast, via Sunday Express)

While Trippier is keen on a return to the Premier League, Atletico boss Diego Simeone has no intention of letting the defender leave the Spanish capital for at least another year. (Daily Star Sunday)

Belgium striker Romeu Lukaku has downplayed any potential move back to Chelsea this summer, insisting he is happy at Inter Milan. (HLN, via Mail on Sunday)

Burnley are attempting lure 35-year-old English defender Ashley Young back to the Premier League with the offer of a one-year deal and option of a further 12 months. Young, who has previously been linked with a return to Watford, has already been offered a new one-year deal by Italian champions Inter Milan. (Sunday Mirror)

Manchester City have shelved plans to try sign 18-year-old left-back Nuno Mendes from Sporting Lisbon until after the European Championship, leaving Real Madrid to make a move for the Portugal international. (Sunday Mirror)

Barcelona will tell 24-year-old France winger Ousmane Dembele to either sign a new contract or leave the club. (ESPN)

Wolves' newly appointed head coach Bruno Lage has been told that Portuguese midfielder Ruben Neves, 24, and 25-year-old Spanish forward Adama Traore have been put up for sale in attempt to reinvest in the squad. (90min)

France striker Kylian Mbappe, 22, has cast fresh doubt over his long-term future at Paris St-Germain, after admitting he does not know if the club is the best place for him. (France Football, via Mail on Sunday)

France winger Kingsley Coman, 24, has asked that he be given a wage that matches prolific Bayern Munich team-mate Robert Lewandowski as he looks to renew his contract with the Bundesliga club. (Marca)

Coman is not satisfied with the salary that he has been offered by Bayern and wants to leave. (Sky Germany - in German)

Leeds United are attempting to hijack Norwich City's deal for Southampton goalkeeper Angus Gunn after a fee for the 25-year-old had been agreed. (Football Insider)

Rivals Bristol City, Cardiff City and Swansea City are all interested in free midfield agent Matty James, 29, who will be leaving Leicester City this summer after nine years at the club. (Mail)

Barcelona are optimistic that they will have a deal for 27-year-old Dutch forward Memphis Depay, who is out of contract with Lyon, completed in the coming week. (Mundo Deportivo - in Spanish)

Barca are also poised to make a move for 23-year-old Argentine striker Lautaro Martinez after the ended talks of a new deal with Inter Milan. (Sport - in Spanish) 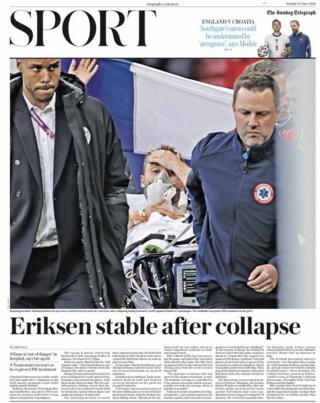