Paris St-Germain will look to sign Liverpool's Egypt forward Mohamed Salah, 28, if their 22-year-old France striker Kylian Mbappe does not renew his contract at the Ligue 1 club. (Mirror)

PSG's Germany midfielder Julian Draxler, 27, has agreed to sign a one-year extension with the French club with his contract due to expire this summer. (Le Parisien)

Premier League-bound Watford are in discussions with 25-year-old Colombia striker Rafael Borre about moving to Vicarage Road when his contract with Argentine club River Plate expires at the end of the season. (Sun)

Brighton & Hove Albion's Yves Bissouma, 24, has asked that he be allowed to leave the club in the summer. Manchester City, Liverpool and Arsenal, as well as French club Marseille, have shown interest in the Mali midfielder. (Times, subscription required)

Wolves manager Nuno Espirito Santo is being lined up for a move away from Molineux by his agent Jorge Mendes, with Aston Villa emerging as a potential destination for the Portuguese boss. (Football Insider)

Former Chelsea manager Maurizio Sarri could be interested in the vacant job at Tottenham. The Italian has also been touted as a potential option for Arsenal, should they sack boss Mikel Arteta. (Radio Punto Nuovo via Star)

Portugal midfielder Bruno Fernandes will be offered a new deal by Manchester United after the Europa League final which will double the 26-year-old's wages to £200,000 a week. (Sun)

Crystal Palace manager Roy Hodgson is confident the club can keep hold of English midfielder Eberechi Eze for the 2021-22 season despite the 22-year-old's fast-growing reputation. (Goal)

Tottenham have told former manager Jose Mourinho not to bother trying to recruit England defender Eric Dier, 27, and 25-year-old Denmark midfielder Pierre-Emile Hojbjerg for Roma when he takes over in the summer. (Sun)

Juventus manager Andrea Pirlo says he has no plans to resign, despite last season's Italian champions looking in danger of missing out on Champions League qualification. Juve are fifth in Serie A after a 3-0 defeat by AC Milan. (Sky Italia via Tuttosport - in Italian)

Bruges boss Philippe Clement says 21-year-old Dutch winger Noa Lang, who is wanted by Leeds United, has told the club he will not decide his future until the season is over. (GVA - in Dutch)

Leicester City face a lot of competition to sign Lille's French midfielder Boubakary Soumare with Everton, Wolves and Aston Villa all interested in the 22-year-old, who has been a long-time target for AC Milan. (Foot Mercato - in French)

Stuttgart are in talks with Arsenal about a new loan deal for Greece defender Konstantinos Mavropanos, 23. (Kicker - in German)

Inter Milan will listen to offers for Chile midfielder Arturo Vidal in an effort to cut their wage bill, and while Marseille have been linked with the 33-year-old, no concrete approach has been made. (Calcio Mercato - in Italian) 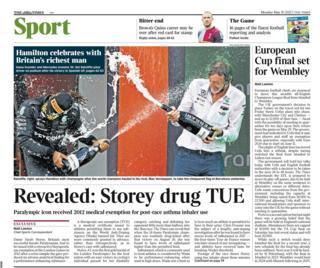